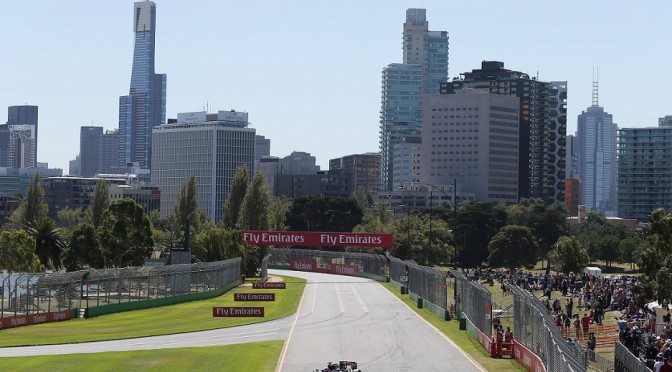 NASIR BRINGS BACK MORE INTERVIEWS FROM THE INDYCAR SERIES OPENER IN ST. PETERBURG FLORIDA AND THE 12 HOURS OF SEBRING. ON THIS EPISODE WE FEATURE AN INTERVEW WITH INDYCAR OWNER DALE COYNE AND…HERE ARE SOME WORDS FROM PADDY LOWE ON THE F1 SEASON OPENER DOWN UNDER.

Paddy Lowe:
It is an exciting time of year for everyone in Formula One including the huge number of fans around the world, as we head to Australia for the first race of the season. This year is particularly exciting as the regulations have changed substantially concerning the bodywork of the cars and the dimensions of the tyres, so we expect to see quicker cars and far more challenging racing for the drivers.

Coming back to the paddock has that feeling of being “back to school” after our winter away: everybody energised for the new season ahead, meeting friends again and welcoming new faces. I always feel that the first qualifying session of the year is the most intense and interesting hour in the entire Formula One calendar, as that is the point when all the smoke and mirrors of winter testing must stop and the real pace is finally put on the table. It is only then that we will see how the cars and drivers perform and get our first true indication of the season which will unfold.

The race itself is always eventful with more than the usual degree of incident and car failure as the cars and drivers engage in their first competition of the year. And the spectators bring extra enthusiasm to Albert Park, many of them having come from all over the world to see this first race of the F1 season. From a technical point of view, the tyres for this year’s race are not only wider but also softer – having the ultrasoft in play at Melbourne for the first time – so we will without doubt see some record breaking lap times this weekend and perhaps more evidence of driver fatigue in the race than we have seen in recent years.

For me personally, I’m very happy to be back at Williams, the team where I started my Formula One career. We have a very talented group of people here and two great drivers with whom I haven’t worked before, so I’m looking forward to stepping into the paddock with them in Melbourne to start the 2017 season.