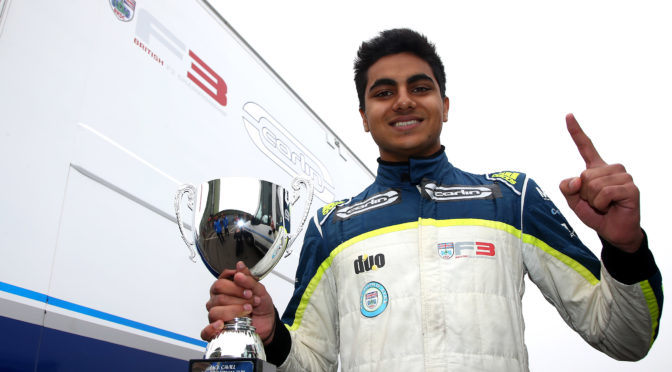 ADIDAS MOTORSPORT ON BOARD FOR 2017 BRITISH F3 CAMPAIGN

Speaking about the partnership, Ahmed said: “I’m really happy to be an Adidas Motorsport driver and to be involved with one of the world’s leading sportswear brands. I’m proud to be wearing Adidas Motorsport racewear. They have helped me a lot so far and their race suits are simply the best I have ever worn.”

Alex Laszlo, Assistant Manager of Fyshe Limited, (Adidas Global licensee and distributor) added: “We’re delighted to extend our partnership with Enaam, one of the top young tal-ents in British Motorsport, and have him continue to represent Fyshe / Adidas motorsport during 2017. We believe Enaam has the potential to reach the very top in motorsport and we will play our part in helping him reaching that potential.”