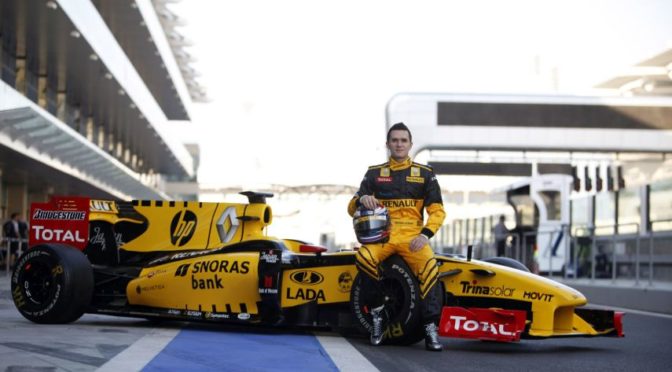 CLARK AND NASIR DISCUSS THE CHINESE GRAND PRIX RESULTS AND COVER OTHER RACING EVENTS AROUND THE GLOBE IN THE MOTORSPORTS MONDIAL SEGMENT AND…WE BRING YOU ANOTHER GREAT NASIR INTERVIEW WITH INDYCAR DRIVER MIKHAIL ALESHIN!

Aleshin competed in karting from 1996 to 2000. Since 2001 he has taken part in various international open wheel series. On 14 April 2007 he became the first Russian driver to win a major international single-seater race when he won the opening round of the Formula Renault 3.5 Series season at Monza. He then deputised for the injured Michael Ammermüller in the ART Grand Prix team at the second round of the 2007 GP2 Series season, becoming the second Russian after Vitaly Petrov to race in the series. He remained in FR3.5 for 2008, taking his best finish in the championship so far despite not winning a race.

He joined the relaunched FIA Formula Two Championship for 2009, driving car number 15. He finished third in the championship, with a single win coming at Oschersleben.

Aleshin returned to Formula Renault 3.5 for the 2010 season, partnering Jake Rosenzweig at Carlin. Scoring three victories, he became the champion of the series. He tested for Renault F1 in the young drivers’ test in Abu Dhabi and stated that he was confident for a Formula One drive in 2011, but did not obtain one.

Aleshin remained with Carlin to drive in 2011 GP2 Series and 2011 GP2 Asia Series, the team’s first season in the category and Aleshin’s first attempt at the series since 2007. He was partnered by Max Chilton, another driver who had previously been employed by Carlin in lower formulae. He endured a frustrating Asia series, afflicted by technical problems which left him last in the drivers’ championship, before announcing that he did not have a budget to compete in the main series, and would henceforth be stepping back to the ATS Formel 3 Cup. He then, however, secured a last-minute temporary GP2 deal with Carlin, only to crash in qualifying for the first round of the season in Turkey, injuring metacarpals in both hands which prevented him from racing. He returned to action for the following round of the championship at Catalunya, but was then replaced by Oliver Turvey as his money ran out. After eight races on the sidelines, he returned to racing action with Carlin at the Hungaroring. He was replaced again by Parente for the season finale at Monza, and finished 32nd and last in the overall standings.

In 2014 Aleshin began racing in the IndyCar Series with Schmidt Peterson Motorsports.

At Fontana in the final race of the 2014 IndyCar season, Aleshin was practicing his race-car before the race. The first driver from Russia to race in the Verizon IndyCar Series, was in Turn 4 of the two-mile Fontana track—a track where the cars travel at more than 200 mph—when the accident occurred.

Aleshin’s No. 7 car was driving low on the track before clipping the apron at the bottom, this unsettled the car and subsequently sent it into a spin. Charlie Kimball, who was running the high line, had no time to react to Aleshin’s car that was sliding up the track before him and he slammed into Aleshin at almost full speed. The impact sent both cars into the outside retaining wall where the upwards momentum of Aleshin’s out of control car caused it to vault up and over Kimball and the nose speared through the catch fencing, causing it to pirouette against the fence. Aleshin’s car then fell back onto the track as pieces of the car were scattered for yards and a large section of the catch fencing was ripped down. Kimball was able to get out of his car on his own, however, Aleshin was rushed to the hospital in a critical condition.

“The 7 car spun from the bottom and I really had nowhere to go,” said Kimball, who was not hurt. Aleshin, meanwhile, was diagnosed with a concussion, fractured ribs, a broken right clavicle and chest injuries.