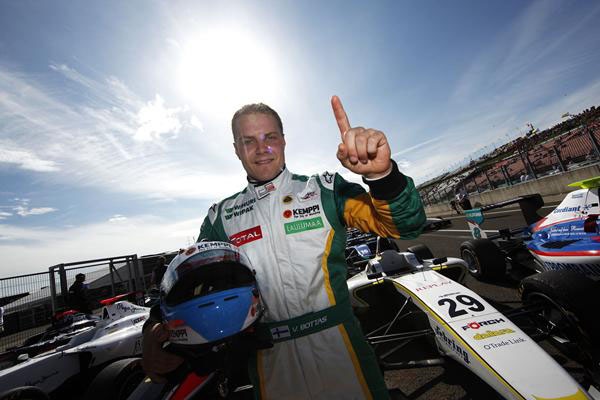 Bottas beat LCH to pole position for the first time on Saturday, going quickest in qualifying for the Bahrain Grand Prix.

The Finn improved dramatically during the final session, while Ferrari and Red Bull failed to build on the promise shown in the practice sessions. Sebastian Vettel and Daniel Ricciardo will start on the second row, with Kimi Raikkonen and Max Verstappen finishing fifth and sixth in qualifying, respectively.

Bottas was the first of the top runners to come out, with the returning Pascal Wehrlein topping the standings at the time, well ahead of team-mate Marcus Ericsson. Once again, Hamilton had to abort his first attempt after locking up, although he did manage a solid lap on the soft compound.

McLaren made a fine impression in the first qualifying session, but some brake issues meant Stoffel Vandoorne did not advance.

Ricciardo and Raikkonen were notably slower than their team-mates, Verstappen and Vettel. The Finn even ventured out on the super softs to improve his position and still wasn’t able to beat Hamilton’s time, set on a harder compound.

Carlos Sainz didn’t survive the first qualifying session, as his Toro Rosso suffered yet another failure during his flying lap, with the Spaniard setting the fastest first sector. As shared by BBC F1, he wasn’t the only big name to miss out on Q2: