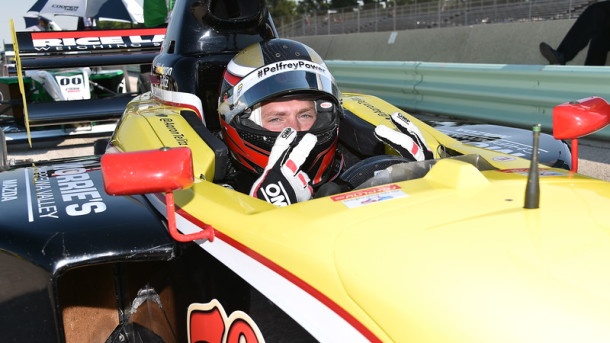 NASIR CONTINUES TO CONSOLE CLARK ON THE DISASTER AT MCLAREN. IS BOTTAS JUST A NUMBER TWO? WE HAVE ANOTHER GREAT MOTORSPORTS MONDIAL WITH THIS WEEKS INTERVIEW…INDY LIGHTS DRIVER AARON TELITZ

After winning a dramatic 2016 Pro Mazda Championship, Telitz now sits on the doorstep of the Indianapolis 500. In 2017 Telitz will compete in the prestigious Indy Lights Championship. For the second time in his career Telitz will step up to the next rung on the Mazda Road to Indy with scholarship support from Mazda North America and Mazdaspeed. Only the fourth driver in the history of the Road to Indy to win multiple Mazda scholarships, he looks to follow other scholarship winners into the Verizon IndyCar Series.

The Beginning
Aaron began racing karts at age 7, winning several local and regional championships before starting his car career with a scholarship from Mazda and the Skip Barber Racing School.