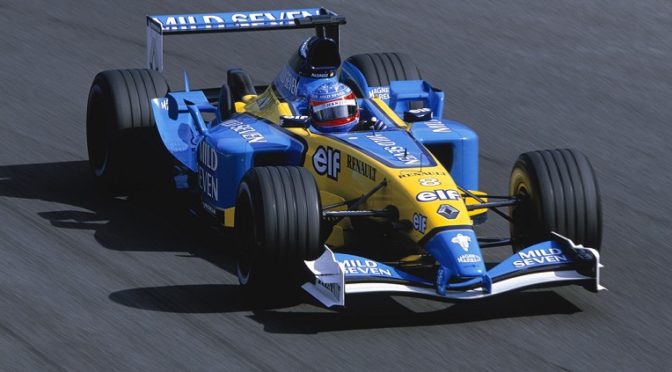 As part of its celebrations to mark the 40th anniversary of its involvement in Formula 1, Renault will be presenting a retrospective of its prestigious past in grand prix racing with a display of 11 F1 cars at Classic Days 2017 (Magny-Cours, France).

The programme at the French circuit includes track runs by the RS01 and the RE40 in the hands of Jean-Pierre Jabouille and Alain Serpaggi respectively.

The Classic Days weekend has become a not-to-miss gathering for fans of vintage, classic and collectors’ cars. This year’s event will feature a display of more than 1,750 vehicles dating from 1899 until the current day.

The 1977 British Grand Prix at Silverstone saw Renault take the bold step of making its F1 debut with a car powered by a 1.5-litre turbocharged engine, whereas rival teams were still racing with the alternative normally-aspirated three-litre powerplants also permitted by the regulations. Turbocharging soon became the default option for the entire grid, however, proving the shrewdness of Renault’s choice…

The RE40 took Renault painfully close to winning its maiden Constructors’ title.
Renault had been edging its way up the Formula 1 World Championship pecking order since 1980. After a halting start to the 1983 championship, Alain Prost scored a superb win at the French Grand Prix, putting an end once and for all to the debate about the supremacy of turbocharged engines which Renault had pioneered in 1975. Yet although the 1983 campaign turned out to be Renault’s most successful of the so-called turbo era, it was forced to settle for second place in the Constructors’ standings.