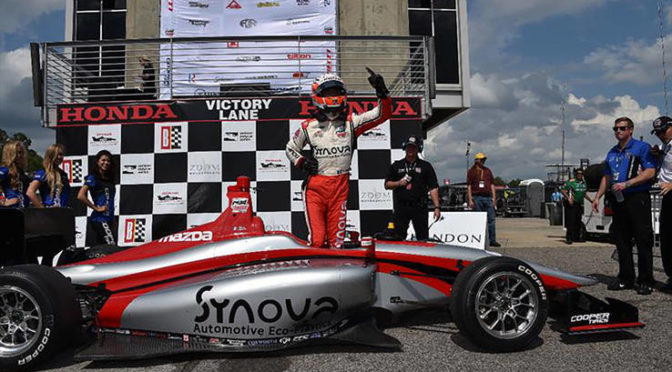 CLARK AND NASIR GO OVER THE RUSSIAN RESULTS AND IN DISBELIEF WITH THE HONDA SITUATION! IT’A  GREAT MOTORSPORTS MONDIAL AND WE HAVE A SWEET INTERVIEW WITH INDY LIGHTS DRIVER NICO JAMIN OF ROUEN FRANCE.

NICO JAMIN: I started racing quite late, when I was 15, by seeing my father driving in Europe. Before trying to become a racing champion, I had the ambition to become a tennis professional. I played tennis for 12 years (from 3 to 15 years old), then I had knee problems which forced me to stop. Then I discovered racing and that’s my new target – to become an IndyCar champion in a few years by growing up through the Mazda Road to Indy. Apart from that, I’m an ambitious and competitive driver. I’m always concentrating on my goal during a race weekend, but I like having laughs with my friends when I have the occasion! 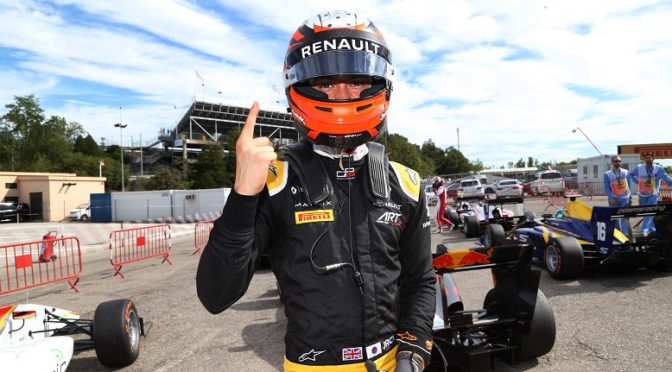 Jack Aitken emerged on top of this morning’s season-opening qualifying session at the Circuit de Catalunya-Barcelona, finding a gap in traffic and soaring to pole in the closing minutes of the session to deny teammate Nirei Fukuzumi and Dorian Boccolacci by just over a tenth.

The Briton squeezed onto the top of the timesheets with a stunning lap of 1:34.187, nailing his lap at just the right time to claim the first GP3 pole position of 2017 in a qualifying session that saw the times tumble throughout the 30 minute period, right up until the chequered flag.

The session opened to dry and sunny conditions, with all of the grid heading straight out on track to make the most of them. Giuliano Alesi set the first competitive time, with his rivals soon on the attack: Santino Ferrucci, Boccolacci, Aitken and Fukuzumi all spent time on the top spot before Boccolacci laid down a challenge just before everyone returned to the pits for fresh tyres, giving his rivals one last time to target.

The field re-emerged for the final 10 minutes and built up enough heat in the tyres for a final push: in the final 2 minutes George Russell struck before ART teammate Aitken displaced him in P1, with first Boccolacci and then Fukuzumi slotting in just behind him as the clock rolled down to zero.

Russell, Leonardo Pulcini, Arjun Maini, Alesi and Alessio Lorandi all improved on their final lap to fill out the top 8, with 15 drivers finishing the session within a second of the pole time: the battle recommences in this afternoon’s race 1.