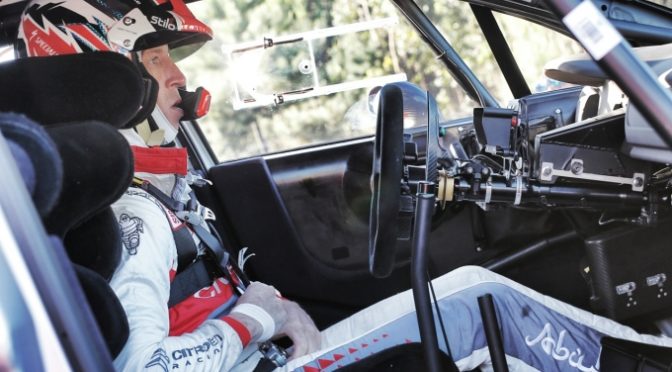 – Made up of a succession of crossroads, a wide section and finishing on the large corners of a gravel circuit, the Rally de Portugal shakedown was varied… without particularly reflecting the characteristics of the event itself.

– After completing their three mandatory runs, Kris Meeke and Paul Nagle headed back to the Matosinhos service park to alter the set-up of their C3 WRC. They headed out for another two runs and finished with the fourth fastest time, 3/10ths off the lead pace.

– Stéphane Lefebvre and Gabin Moreau completed two series of two passes on the 4.6km-long stage. On their final run, they were on course to set a top-ten time when they stalled on a hairpin. In the end, the French crew set the twelfth fastest time.

– Craig Breen and Scott Martin completed five passes. On their third attempt, they set the thirteenth fastest time, a tenth of a second behind their team-mates.

– On their first competitive outing in the C3 WRC, Sheikh Khalid Al Qassimi and Chris Patterson also completed five runs. They progressed on each pass, ending up with the sixteenth fastest time.

– Later on this afternoon, the crews will drive onto the Guimarães podium for the ceremonial start of the rally. The first stage will be contested this evening on the Lousada rallycross circuit from 7.03pm (GMT+1). The cars will then enter parc ferme for the night.