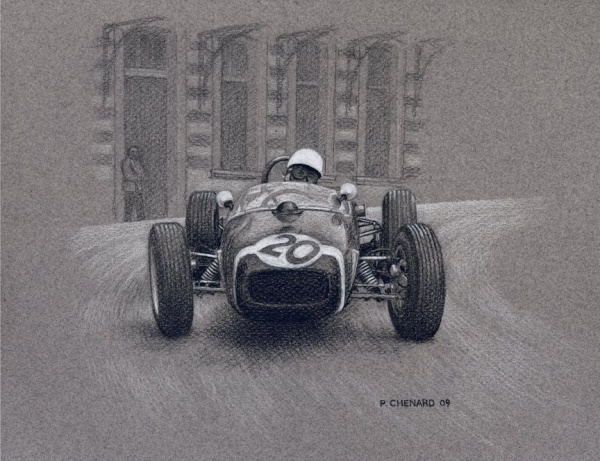 The jewel in Formula One’s crown. Winning the Monaco Grand Prix earns a driver respect like no other. At little over two miles, the shortest lap on the calendar is also one of the most challenging. To drive on the absolute limit for two hours, persisting with lines not more than inches from the barriers without conceding a single mistake, is a task former Williams driver Nelson Piquet once compared to trying to race a bicycle around your living room. It’s not by chance that some of the sport’s greatest names, such as Graham Hill, Ayrton Senna and Michael Schumacher were masters of the principality.
For Monaco, Pirelli has made available the ultrasoft, supersoft and soft tyres.
Paddy Lowe: Monaco is the most incredible circuit and one of the highlights of the Formula One calendar. As a race track it is technically very demanding. It is twisty in places and yet surprisingly quick in others, so the car needs to have excellent mechanical qualities whilst also requiring strong aerodynamic performance.
The barriers run very close at every point around the track, so there is no room for error and no time for the drivers to rest. There is no such thing as a straight in Monaco! Just a short curve to St. Devote (Turn One) and a long curve through the tunnel. With modern F1 cars, which require a high degree of interaction for configuration of electronic settings on top of the busy workload of this circuit, it presents a real test to the driver. This is particularly challenging in racing conditions when you overlay the demands of strategy and potentially changeable weather conditions.
To win the Monaco Grand Prix is therefore a feat of incredible skill and competence, and is rarely achieved without a lot of experience. So, we go to Monaco with Felipe and Lance who are at opposite ends of that experience level. Lance at the age of only 18 faces the unique challenge of taking an F1 car to the streets of Monte Carlo for the first time and Felipe for the fifteenth time. We look forward to an exciting weekend and the best possible results for the team.
Felipe Massa: It will be the first time we go to Monaco with wider cars. So we will need to adapt to the new size for the extremely tight track. It will be challenging, for sure, but it always is in Monaco. It’s going to be an interesting race. It’s a race where anything can happen. Qualifying can be more important than the race, as the position where you start often decides where you will finish, so it’s important to have a good Saturday. Monaco is also like my second home Grand Prix, so I’m really looking forward to it!
Lance Stroll: It goes without saying that I am looking forward to my first Monaco race. It is going to be a special weekend on and off track, as I have some friends coming to see me race there. I have seen the race a couple of times and know the track from video games. I always go on the simulator a few days before leaving for the race so it is fresh in my mind, and then a track walk with my engineers is where I can pick up on the little things. Without doubt it’s going to be tricky. However, this is always the case with street circuits, especially for your first race, but I am going to enjoy the challenge. With the barriers so close there is less room for error, so it is important to build up to quick laps and then really push when it matters.
F1Weekly Podcast # 826