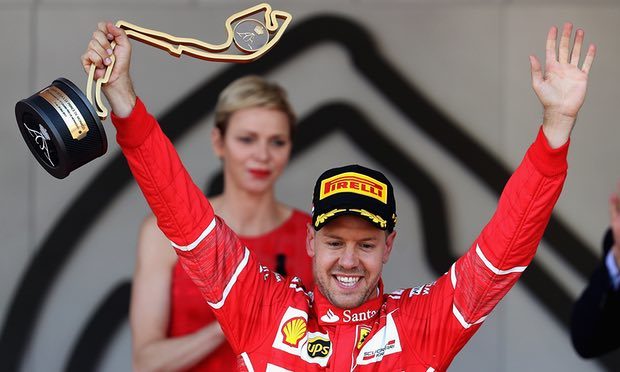 Vettel took the win at the Monaco Grand Prix, beating his Ferrari team-mate Kimi Raikkonen into second and Red Bull’s Daniel Ricciardo in third. With Lewis Hamilton starting from 13th on the grid and able to advance only to seventh, it gives the German driver a considerable advantage in the world championship battle. He has extended his lead over Hamilton in the drivers’ championship to 25 points, with 129 to the British driver’s 104.

A good weekend then for Ferrari, with a one-two, and a further blow to Mercedes with Hamilton’s team-mate Valtteri Bottas able to finish only fourth from third on the grid. Vettel had won here only once before for Red Bull in 2011, the year he went on to take his second title with the team. It his third win this season, having taken the flag in Australia and Bahrain, and his 45th career victory. For Ferrari the celebrations will go long into the night, after their first win here for 16 years, since Michael Schumacher’s victory in 2001.