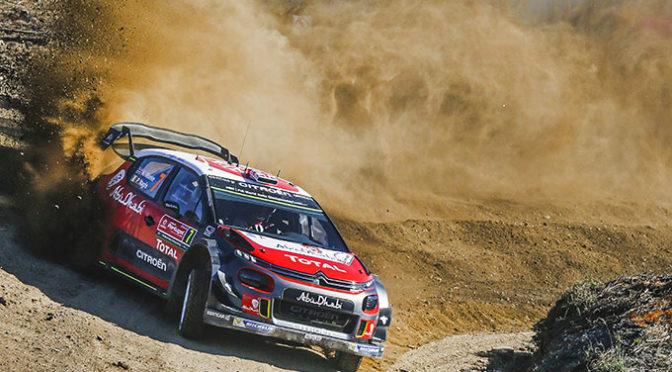 Following rounds in Argentina and Portugal, the WRC visits another country where rallying is practically a religion. Italy drivers and manufacturers have played a key role in the history of the World Championship since it was founded. On the WRC calendar, the legendary Rallye Sanremo was replaced by Rally Italia Sardegna in 2004. The competitors were introduced to road surfaces and conditions that were very different to those on the Italian Riviera.

On the Mediterranean island, the stages are incredibly demanding, for the drivers, cars and tyres alike. The narrow and twisty gravel roads are surrounded by thick vegetation, hiding the large rocks that the drivers are well advised to avoid hitting with their wheels. As the ground is invariably covered with a thick layer of sand and dust, the running order tends to be of critical importance on the first pass on the stages. The challenge is different again on the second run: the drivers have to cope with ruts that become deeper as more cars complete, as well as the bedrocks that can become exposed… almost anywhere! Bearing in mind that temperatures may approach 30°C during the weekend, it is easy to see why many crews are apprehensive about this seventh round.

The rally is due to kick off on Thursday evening, with the ceremonial start in Alghero and a 2km-long super special stage. The cars then cross the island, from the west to the east coast, stopping in Olbia for the night. Following this transfer, the crews will tackle the daunting stages of Terranova and Monte Olia on Friday. Saturday features the fullest programme, including the long Monti di Ala’ and Monte Lerno speed tests. This final stage includes the famous Micky’s Jump, a popular meeting point for the Italian rally fans and one of the event’s highlights! Contested without a service break, Sunday’s final leg is something of a sprint finish, with just four short stages.