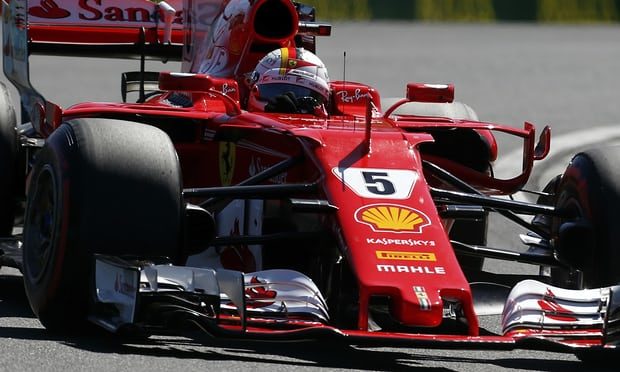 Vettel headed a Ferrari one-two for the Hungarian Grand Prix, putting in a fantastic lap to take pole in front of his team-mate Kimi Raikkonen in qualifying. Bottas was in third but LCH could manage only fourth on the grid, his attempt to equal Michael Schumacher’s record of 68 pole positions denied .

This is Vettel’s second pole position of the season, having taken the top spot in Russia and it is the third time he has claimed pole in Hungary, having done so twice before for Red Bull in 2010 and 2011. The German’s 48th career pole is Ferrari’s third this year after Raikkonen also took pole in Monaco and while the Scuderia are still generally behind Mercedes over the single lap discipline, they have proved that they can take advantage on tracks where power is not such a prominent factor.

“The car has been incredible all day. We made a good step forward. I like this track a lot and it’s been really enjoyable,” said Vettel. “It’s a front row for us so we’re looking forward to tomorrow. Nothing changed overnight. The last race wasn’t great for us but that doesn’t matter now. I’m very happy where we are as a team. The main task comes tomorrow. Nothing has been won today.”