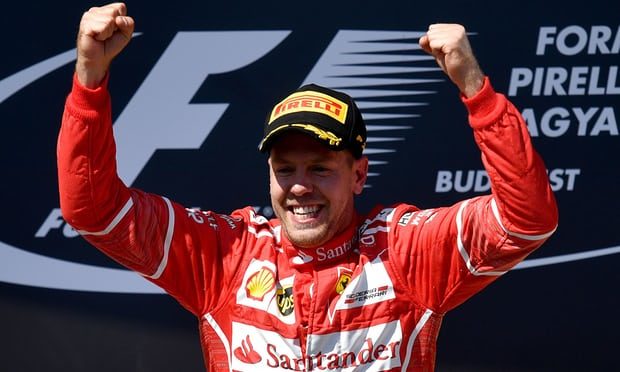 Vettel drove to victory in the Hungarian Grand Prix, staving off handling problems and charges from both his team-mate Kimi Raikkonen and Lewis Hamilton to convert his pole into a win.

Vettel had been visibly slower than both the two chasing cars but Ferrari chose not to pull him over in favour of Raikkonen and it was the right call as passing proved almost impossible at the Hungaroring. Raikkonen finished in second and Hamilton ultimately in fourth having given the third place spot he had inherited from his Mercedes team-mate, Valtteri Bottas, back to the Finn at the end.

“I am over the moon,” Vettel said. “It may not have looked like it but it was a difficult race. I had my hands full from the start. Something went wrong. The steering started to go sideways. Towards the end it came back when I had a cushion but I had to stay focused the whole race.” 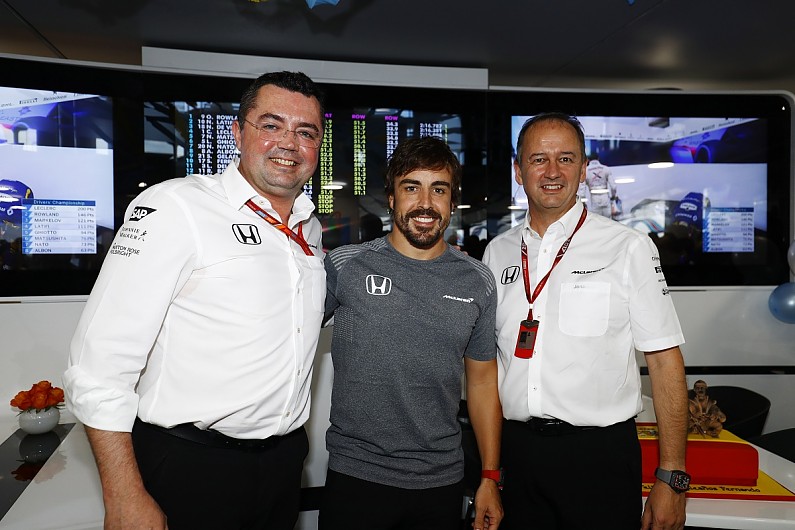 The Spaniard, whose contract expires at the end of the season, said following Hungarian GP qualifying that he would make a final call on his own future by September – a decision that will almost certainly be influenced by the plans McLaren puts in place for 2018.

“I’m happy we have showed a little bit of performance and I think it will make our relationship better.” 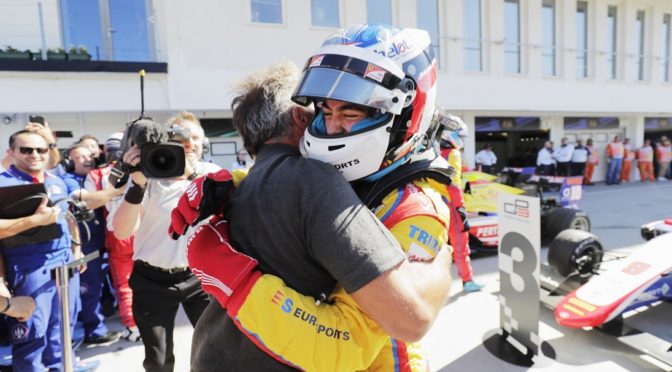 Giuliano Alesi has backed up his Silverstone Race 2 victory with a lights to flag win in this morning’s GP3 Series Race 2 at the Hungaroring, taking the lead at turn 1 and controlling the pace all the way to the flag to lead Trident’s first 1-2-3-4 ahead of Ryan Tveter, Kevin Jörg and Dorian Bocolacci.

The race got underway with gloriously sunny conditions, and when the lights went out polesitter Tveter made a good getaway and pushed across the track to cover teammate Jörg: unfortunately the American ran too deep at turn 1 to cover the Swiss driver, handing the inside line to Alesi who shot through and into the lead ahead of the pair and Boccolacci as they headed down to turn 2.

Further back Nirei Fukuzumi spun at turn 3 and Leonardo Pulcini ran deep at turn 4, forcing both men to return to the pits, but up ahead Alessio Lorandi was determined to ruin the Trident party and overtook Boccolacci at the final turn before tearing off after the leading trio. But the pace at the front was to prove too much for him: the Italian ran wide over the huge kerbs at turn 11 on lap 7 before stopping with a puncture a few corners later.