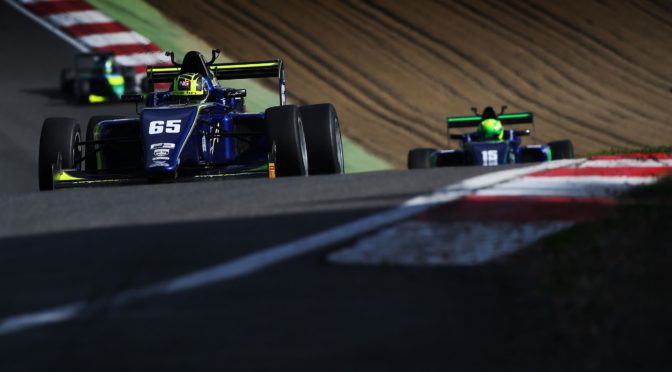 BRDC BRITISH FORMULA 3. THE ACEMAN AHEAD BY A CENTURY.

The series saw action this past weekend in the Kent countryside at Brands Hatch, racing at the full grand prix course. There are three races per round and this was Round 6 of 8.

Brands Hatch is the home of first grand prix win of “our Nige” way back in 1985. Over the weekend it was the scene of young, talented and aspiring F1 drivers battling to get noticed by those looking for the next big thing. One of them is Enaam Ahmed.

At F1Weekly we are pleased and proud to spot many young talented drivers for the last 10+ seasons. From Alexander Rossi and Esteban Gutierrez while they were battling in Formula BMW, to Nico Hulkenberg and Valtteri Bottas from their time in F3. Each of them graduated to F1.

Enaam Ahmed appeared on our racing radar when he was splashing to success in the cut-throat world of European karting. Winning five championships in his final karting season, 2014, led to high expectations in single seater racing. And E-delivered. 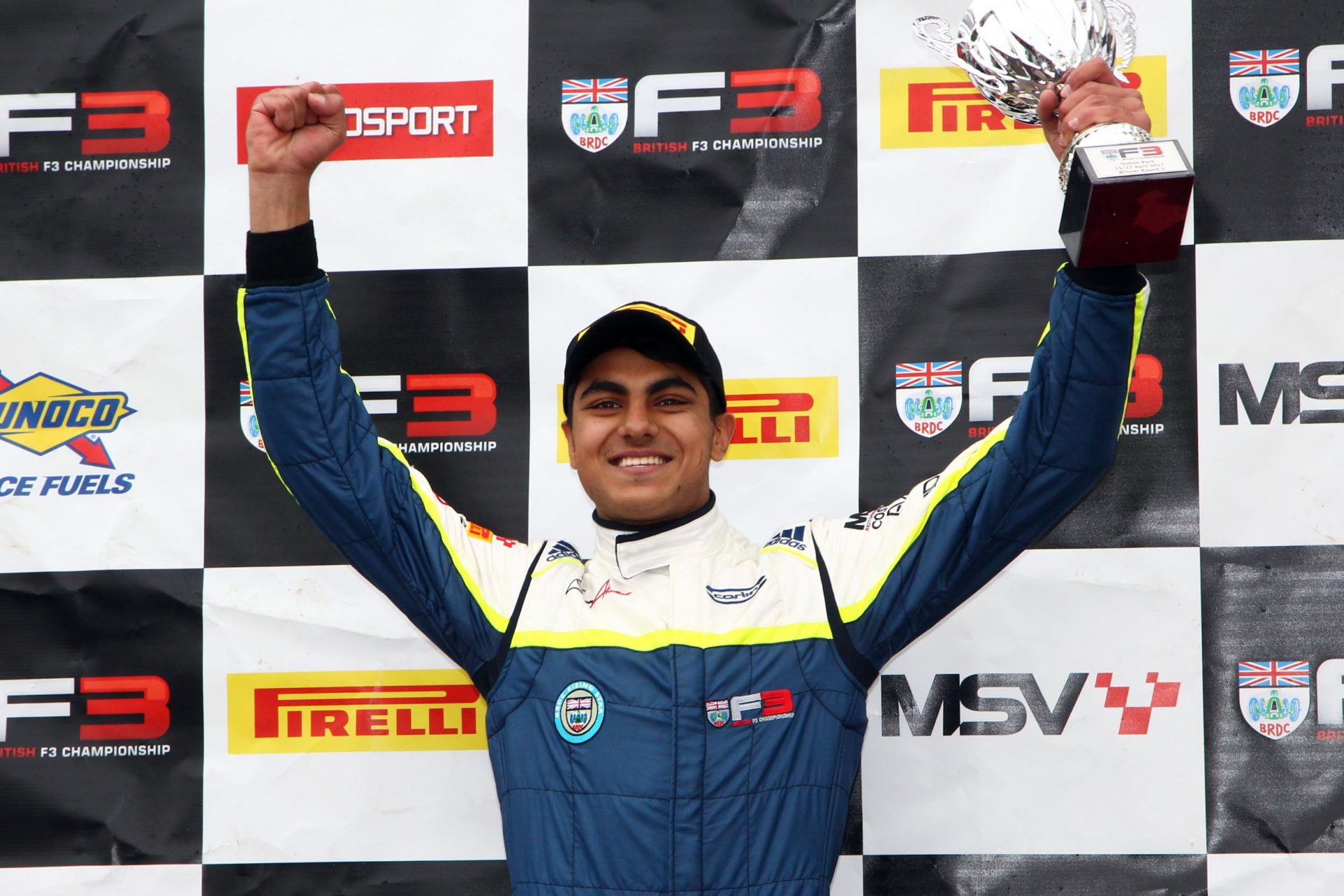 In the 2017 British F3 season, Enaam started with perfect score, winning all three races in the opening round at Oulton Park. Victory in race 2 was very special as he came through from eighth on the grid to take the chequered flag.

His winning ways continued in the second round, taking victory in the opening race of the weekend at the Rockingham roval. Mayhem on the opening lap, not of his own making, forced him to take evasive action which dropped him to the back of the field. He got into the points by the end of the race and was classified 8th. Same scenario and result in the final race of the weekend, only this time Enaam went off the track while trying to battle his teammate James Pull for third place.

Round 3 was in Lotus country, Snetterton in East Anglia. Another strong weekend for Enaam, pair of wins and sixth place finish in the second race helped in advancing his championship lead.

His win tally after three rounds was 6 from 9 starts.

Silverstone, “The Home of British Motorsports”, welcomed the British F3 drivers for Round 4. Enaam added to his points total by appearing on the podium twice (2nd & 3rd) and a fifth place finish. 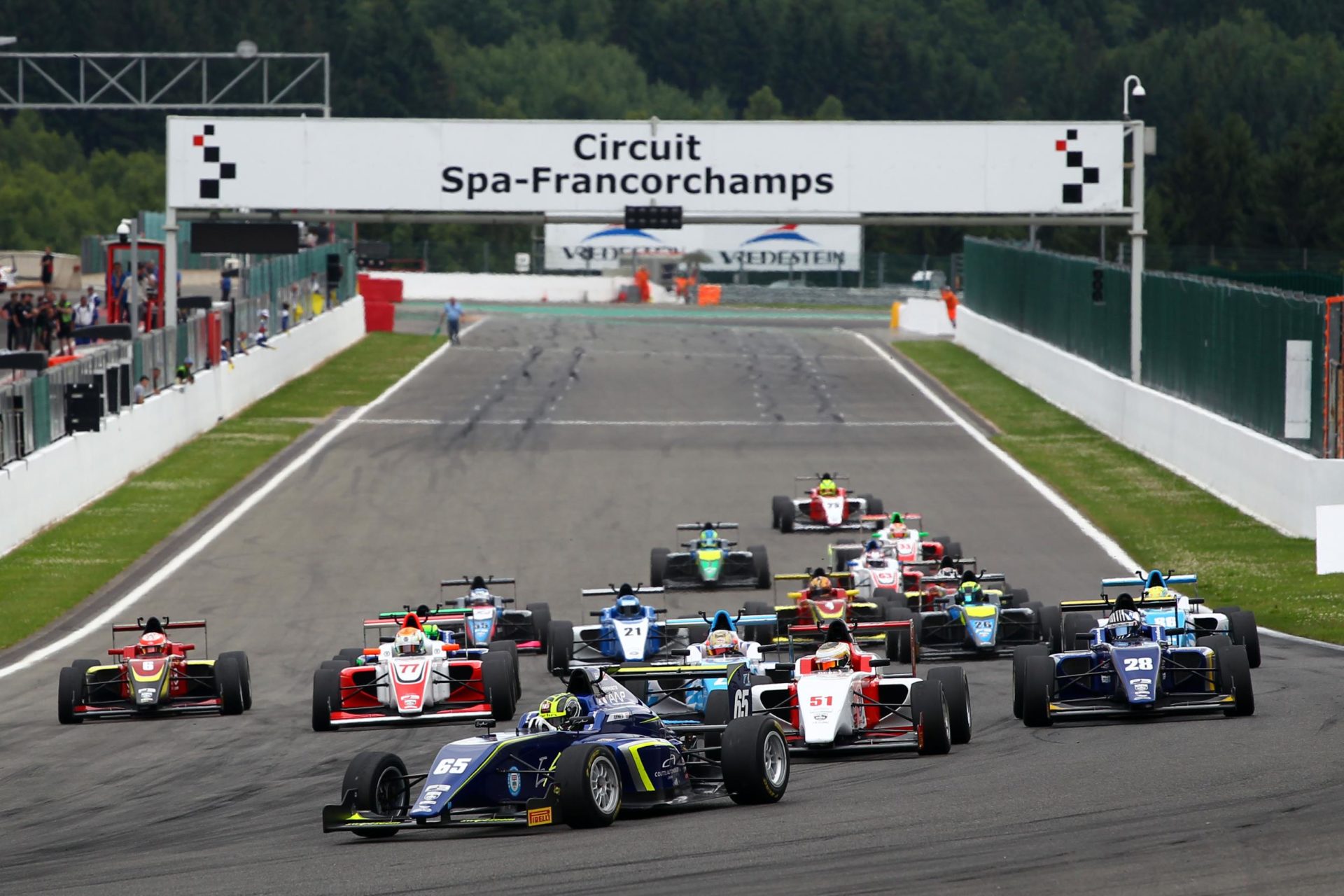 From Silverstone the championship travelled to Spa-Francorchamps for Round 5. Victory in race one eluded Enaam by just one second, but he made up for it by winning the remaining two races of the weekend at the fabled Belgian circuit set in the Ardennes forest.

Round 6 was back in Britain at Brands Hatch this past weekend. Enaam enjoyed a comfortable 82-point lead over Toby Sowery after Spa. Winning pole position for the first race of the weekend gave Enaam an excellent opportunity to extend his already substantial lead in the championship. He led the race from the start but heavy downpour midway through the race made the track very slippery and several drivers went-off. The carnage brought the red flag out and the race was over a few laps earlier, giving Enaam his ninth win of the season.

Enaam was back on the top step of the podium in the final race of the weekend. His 10th  victory and third place finish in the second race has given the London lad a 106-point lead over James Pull with only two rounds remaining.

The race winner and championship leader in his own words, “I was pushing hard every lap as you have to be on it every lap. I was trying to get the fastest lap and be as consistent as possible. I’d like to say a big thank you to Trevor (Carlin) for letting me drive his car this year and everyone who came down to support me.”

The series will go back to Snetterton at the end of this month and the final round will be at Donington next month.

We look forward to Enaam Ahmed and the F1Weekly flag on his Tatuus F3 machinery fly to championship success come September.

All photos courtesy of www.britishf3.com