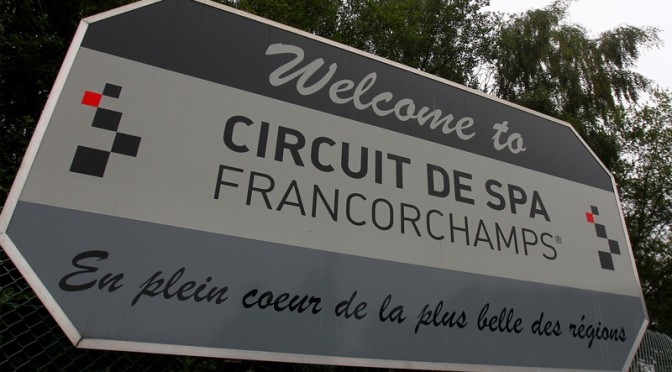 The Belgian Grand Prix, held at Spa-Francorchamps circuit, is a firm favourite amongst Formula One drivers, teams and fans, and for good reason. The prestigious race holds a rich history of over 60 years of Formula One racing, with a long list of Formula One legends having won the Belgian GP.
The Spa-Francorchamps circuit lies within a triangle formed by the Belgian towns of Francorchamps, Malmedy and Stavelot. Despite being part of the circuit’s name, the town of Spa is actually located slightly to the northwest. The track’s location in the Ardennes forest is picturesque, but it has its own mind when it comes to the weather.
With the possibility of rain showers occurring almost out of nowhere, it can be raining in one section of the track but dry in another – a common feature of long circuits.
The circuit has an old-style design, which offers great challenges for the drivers, including “Eau Rouge”, the famous corner that so many drivers relish driving at full speed. The original layout of the Spa track was over 14 kilometres long, but during a redesign in the late seventies the lap was shortened by half the length. The new design now features a 7.004 kilometres long lap, the longest on this year’s 20-race calendar.
Williams has won three times at Spa with Nigel Mansell claiming the 1986 race, followed by Damon Hill in 1993 and 1994.
Felipe Massa: Spa is one of the best tracks in Formula One. I think it will be incredible to drive there with this new car, with more downforce. Eau Rouge will feel like a straight but so many other corners will also be amazing to drive. I am also going to be wearing a special ‘Joy of Racing’ helmet designed by a great Spanish artist called Kenor. It will look great, and a lucky fan will also get the chance to win it thanks to Martini. I’m really looking forward to a great race at Spa.
Lance Stroll: In Spa, I am heading to my second home race of the year. I am half Belgian, as this is where my mother was born, so I do have an affinity with the country. However, I have to admit that, unlike most Formula One drivers, Spa is not my absolute favourite. Having said that, I did win there last year in Formula 3, so I can’t complain about it too much. It is a very interesting track with some amazing sections and also there is always that air of uncertainty regarding the weather. You can have it raining in sector three and dry in sector one.