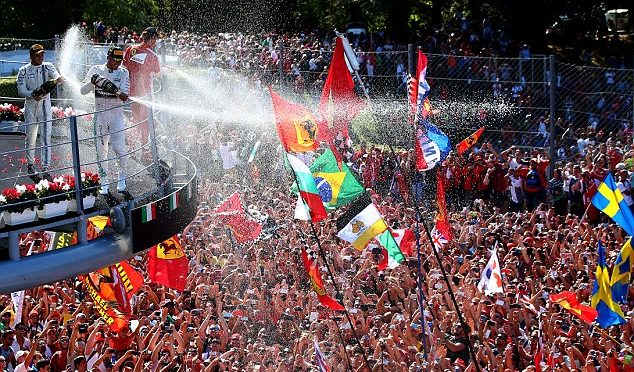 MERCEDES CRUSHES THE COMPETITION AT MONZA

LCH leads from start to finish, recording a comfortable victory and moving to the top of the drivers’ championship for the first time this season; Valtteri Bottas was second and Sebastian Vettel third

Vettel limited the damage to his title hopes as much as was possible in the circumstances, passing team-mate Kimi Raikkonen around the outside into the first Lesmo on lap three, Stroll a couple of laps later before picking off Ocon into Turn One on lap eight.

The German, though, was no match for the Mercedes at Ferrari’s home race – generally dropping at least half a second a lap – and his focus in the second part of the race became holding off Red Bull’s Daniel Ricciardo.

The Australian, who qualified third but started 16th after being given a grid penalty for using too many engine parts this season, put in a brilliant recovery from his lowly grid position.

He picked his way through the slower cars in the first part of the race, pulling off a series of his trademark aggressive overtaking moves, and ran a long first stint to give himself fresher tyres for the final stint than the Ferraris ahead of him.