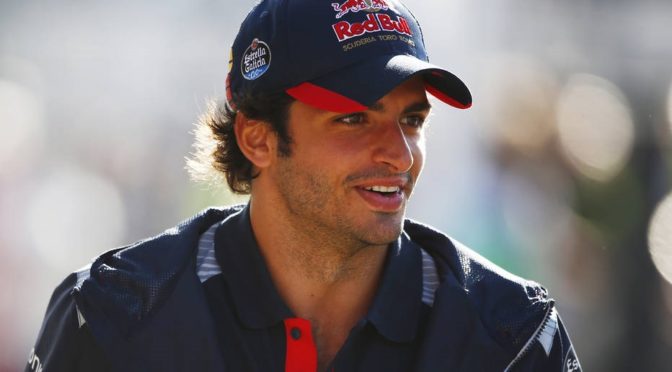 CLARK AND NASIR SHARE A DISH OF PASTA AND TRY TO SWALLOW THE FACT THAT LCH WILL CONTINUE TO BREAK RECORDS FOR A LONG TIME TO COME. SAINZ Jr. IS DESTINED FOR RENAULT AS IS MCLAREN….MORE ON THIS TODAY.

Carlos Sainz Jr. has signed a deal to join Renault as Toro Rosso prepares to part ways with Renault in favor of using Honda power in Formula 1 for 2018.

Reports surfaced over the weekend that Renault will announce Sainz as the replacement driver for the struggling Jolyon Palmer for 2018 at this weekend’s Singapore Grand Prix. Sainz has been angling for a move for the majority of the season since Max Verstappen and Daniel Ricciardo are locked in at the senior Red Bull team, limiting his opportunities to get into a potentially race-winning outfit.

The deal is basically the first of a domino effect. Toro Rosso will run with Honda power in 2018 in a move that would allow McLaren to pick up Renault engines. Honda would then power Toro Rosso in exchange for McLaren gearboxes to accelerate the learning curve.

Sainz could make his Renault debut sooner than the season-opening Australian Grand Prix. Dissatisfied by the lack of improvement from Palmer, Renault is rumored to be considering introducing Sainz for the Malaysian Grand Prix toward the end of September.