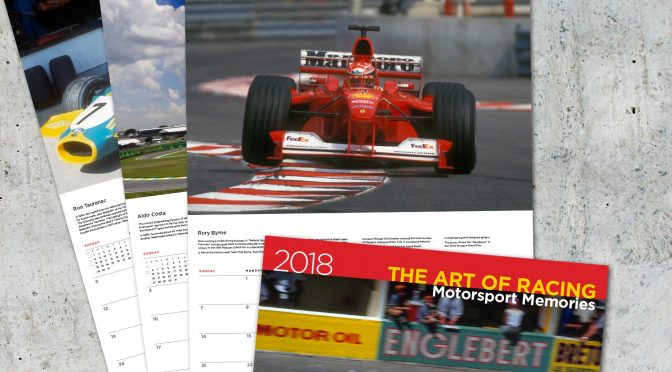 CLARK AND NASIR GO OVER THE EXCITING FINAL RACE OF THE 2017 FORMULA 1 SEASON IN ABU DHABI AND WHEN THE F1 SEASON ENDS THE 2018 MOTORSPORT MEMORIES CALENDAR “THE ART OF RACING” BEGINS!! GET YOURS TODAY!

The 2018 theme, “The Art of Racing”, is a tribute to great grand prix designers. The world of Formula One motor racing has seen some beautiful racing machines driven to success by legendary names.

Gioachino Colombo designed the graceful Maserati 250 F which was driven to one of the greatest wins in grand prix racing by Juan Manuel Fangio at the Nurburgring in 1957. Ron Tauranac designed cars for his Aussie mate, Jack Brabham. “The Black Jack” drove their 1966 creation to championship success. Colin Chapman was one of the greatest engineering minds. His “simplify”, then add lightness” to Lotus racing cars took names like Clark, Hill, Rindt, Fittipaldi and Andretti to championship glory.