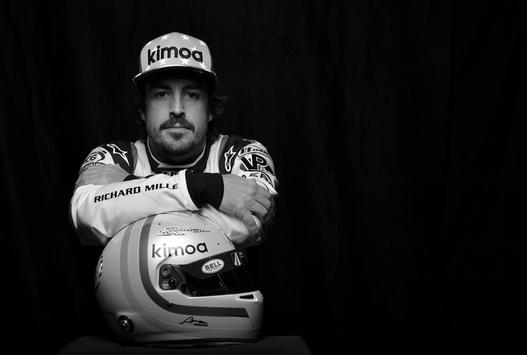 Two-time Formula 1 World Champion Fernando Alonso turned his first laps at Daytona International Speedway on Friday during the opening day of the three-day Roar Before the Rolex 24 At Daytona test.

And while the Spaniard has driven on a variety of road racing circuits throughout his storied career, it’s safe to say he hadn’t previously experienced anything like the unique, 3.56-mile Daytona course.

“I did, unfortunately, only three laps this morning, but enough to have a feeling in the car and on the Speedway as well,” said Alonso regarding his maiden DIS laps aboard the No. 23 United Autosports Ligier LM P2 car. “The coolness and the high banking were special. You feel the compression in the body and you feel the visibility change, because when you are in, let’s say, the normal part of the circuit, you have a view in the car that is a little bit longer ahead.

“When you are in the corner with the banking, you see the next 200 meters of the track and only that. I was trying to look where the track was going. It was good fun and a fast feeling.”

While already an established worldwide racing superstar with his F1 titles, Alonso’s popularity among many U.S. race fans soared last May when he contended for the win in his first Indianapolis 500 before a mechanical issue removed him from contention. He was competitive throughout the month of May at Indy and was focused on the singular goal of winning the race, even as he learned a new racing format. He’s taking the same approach at Daytona.