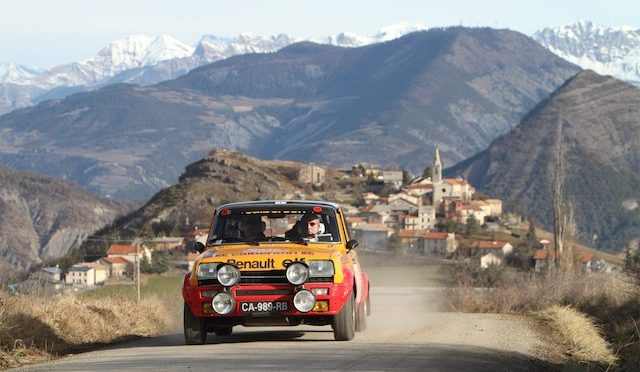 Renault is pleased to announce that it will take part in the 2018 Rallye Monte-Carlo Historique with a line-up of four Group 2 Renault 5 Alpine:

Former French Renault works driver Jean Ragnotti will follow the rally as an ambassador for the brand until the morning of February 6.

SUCCESS FOR THE ‘SKATEBOARD’!

Despite its modest power output, the Group 2 Renault 5 Alpine frequently topped its class from 1978 to 1980 and secured several strong results on rounds of the World Rally Championship.

In 1978, Renault Sport took the bold decision to defend its colours in rallying with the diminutive front-wheel drive Renault 5 Alpine. The 1978 Rallye Monte-Carlo saw Jean Ragnotti steer the hot hatch to second overall and Group 2 victory, while Guy Fréquelin came third overall on the same event. It was this double-podium which led to the car being referred to fondly as the ‘skateboard’.

Its successful career continued the following season with second place on the Tour de Corse and the Renault 5 Alpine ultimately bowed out in style after winning the 1980 French Rally Championship in the hands of Jean Ragnotti and co-driver Jean-Marc Andrié.

Their domestic programme in 1980 saw their Renault 5 Alpine top the Group 2 order practically each time out. It also won the Mont Blanc, Lorraine and Lyon-Charbonnières rallies outright in addition to figuring strongly in the overall standings on events like the Critérium Alpin-Jean Behra (4th o/a, with power output uprated to 140 horsepower and despite limited-slip differential issues) and the Rallye d’Antibes (4th). Outside of France, the car also came second overall on the Rajd Polski.

After its successful swansong campaign, the Group 2 Renault 5 Alpine stood down in favour of a burgeoning legend, the Renault 5 Turbo.