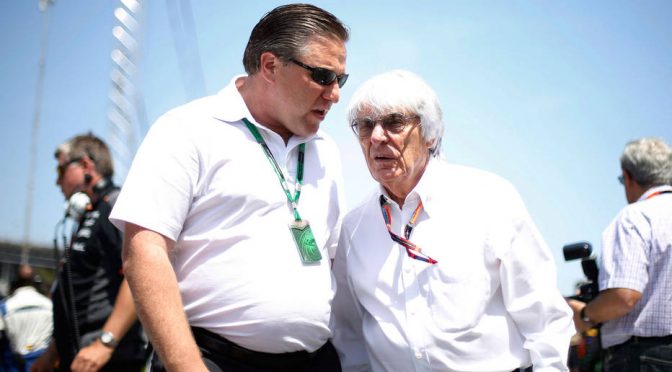 NASIR RETURNS FROM THE DAYTONA 24 HOURS WITH A FULL GOODY BAG! WE WANT TO THANK BILL ENGLISH AND THE DIS FOR MAKING THIS POSSIBLE…THIS WEEKS SPECIAL INTERVIEW IS WITH McLAREN TEAM PRINCIPAL ZAK BROWN!!

Brown began his racing career in karting in 1986. Brown won 22 races in 5 seasons from 1986–1990. He moved to Europe where his first win was in Formula Ford 1600 at England’s Donington Park. Brown received his first accolade as a professional driver, earning recognition in 1992 from the American Auto Racing Writers and Broadcasters Association. In the 1992 Benelux Open Lotus Series Brown turned in top-ten finishes in each of the series races. The following year Brown finished 4th.

At this point Brown was competing on both sides of the Atlantic, performing in North America’s Toyota Atlantic Series in addition to the Benelux Open Lotus Series and British Formula 3 Championship. Racing For America, Inc., named him as “America’s Most Promising Young Driving Star”. In the mid-90’s Brown added two new racing series to his resume, making his Indy Lights debut at Laguna Seca Raceway in 1995 and competing in a German Formula Three Championship race in 1996.

For the remainder of the decade, Brown primarily competed in America, finishing second in the GT2 category in the famous 24 Hours at Daytona endurance race in 1998, as one of the drivers in a factory Roock Porsche. He finished in second-place finish in the 1998 12 Hours of Sebring and had a third-place finish at Road Atlantain the same year.