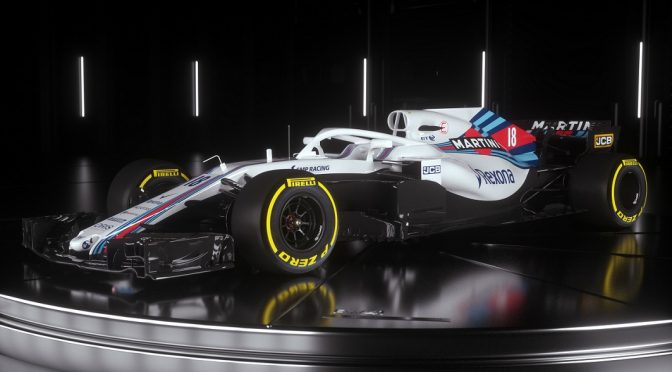 WILLIAMS MARTINI RACING has revealed a first look of its 2018 Formula One challenger, the Williams Mercedes FW41, at the team’s season launch in London this evening.
The FW41 looks significantly different to its predecessor, the FW40, following input from the team’s Chief Technical Officer, Paddy Lowe, and Head of Aerodynamics, Dirk de Beer, who were both appointed at the beginning of last year, to join forces with Chief Designer Ed Wood. 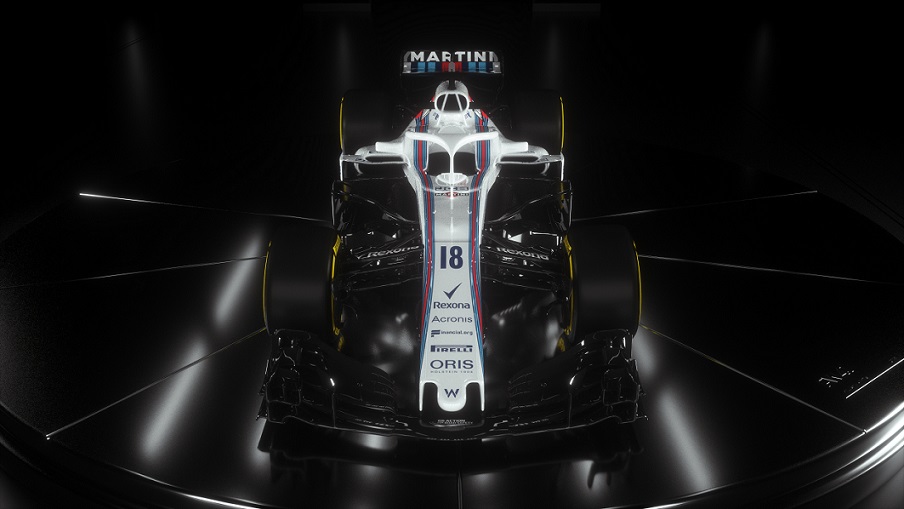 Speaking ahead of the 2018 season, Claire Williams, Deputy Team Principal, said: “I am thrilled to be back and launching our new car, for a new season, with a new, exciting driver line-up. For many months, the team have put a tremendous amount of effort into the FW41 and I’m eager to see both Lance and Sergey take to the track later this month.
“Lance produced some impressive performances last year in what was a remarkably strong debut season, where he only just lost out to Felipe in the standings. His podium finish was the only one outside of the top three teams, and we aim to build on that this season.
“It’s also my pleasure to welcome Sergey and Robert to Williams, who have both displayed exceptional speed and qualities that I know will only strengthen the team. Sergey has impressed the technical team and it is great for us to be able to give him the opportunity to step up into a race seat. Robert, will also be working closely with the team, utilising his experience to help develop the car throughout the season.
“Our entire team have put a huge amount of effort into the development and production of this year’s car, and we’re all looking forward to seeing it on the track. I would also like to thank our partners and fans for all their confidence and support.”