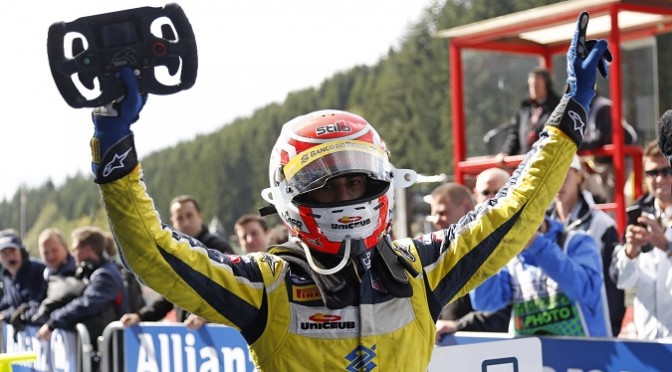 CLARK TRIES TO CALM NASIR’S EXCITEMENT OVER PRE-SEASON TESTING IN BARCELONA AND THE HOST IS CONVINCED LCH WILL TAKE FIVE. WE ALSO HAVE LOOSH ON THE LOOSE WITH HIS REVIEW OF JENSON BUTTON’S NEW BOOK AND THIS WEEKS SPECIAL INTERVIEW IS WITH FORMER SAUBER  AND CURRENT IMSA DRIVER FELIPE NASR!

Nasr has been on the sidelines since losing his Sauber drive at the end of last season, and told Autosport as recently as July he was actively working on a return to F1.

But the 25-year-old Brazilian conceded that a shortage of teams made a return to grand prix racing unlikely, resulting in him turning towards sportscars to further his career.

He will partner Eric Curran in Action Express’s #31 Cadillac DPi-V.R next season, rekindling a partnership first formed when he made a one-off Daytona 24 Hours outing for the team in 2013.