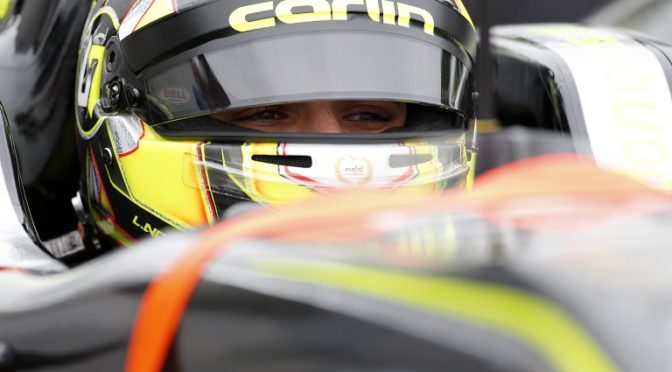 CLARK AND NASIR SHARE THEIR THRILL OVER THE AUSTRALIAN GRAND PRIX RESULTS AND TRY TO MAKE SENSE OF IT ALL! THIS WEEKS SPECIAL INTERVIEW IS WITH TREVOR CARLIN

A LITTLE SOMETHING ABOUT CARLIN….

“TO BRING PROFESSIONALISM, PASSION, A RECORD OF WINNING AND TEAM SPIRIT TO EVERY PROJECT AND CHAMPIONSHIP WHICH WE ARE PART OF.  TO TAKE THIS CARLIN ETHOS TO EVERY LEVEL OF MOTORSPORT FROM THE MOST JUNIOR TO THE HIGHEST ECHELONS OF OUR SPORT.”

Carlin are one of the largest teams outside Formula 1 with race winning experience in a variety of championships including British F3, Porsche Supercup, World Series by Nissan, Formula Renault 3.5, A1GP, FIA Formula 3 European Championship, GP3 Series and GP2 Series.

Some of today’s most successful drivers have passed through the doors of Carlin, including racers in F1, IndyCar, WTCC and DTM.  F1 drivers such as Sebastian Vettel, Daniel Ricciardo, Kevin Magnussen and Daniil Kvyat among others, add up to almost half of the current F1 field who are former alumni.

Part of the Capsicum group, the management team at Carlin provide a great combination of business skills and racing knowledge.  Ensuring a stable business base for the team are CEO Grahame (Chily) Chilton, long-term motorsport enthusiast and Rupert Swallow, Managing Director, complimenting Trevor Carlin’s wealth of experience and knowledge in motorsport.

Today, based out of the team’s bespoke facility in Farnham, Surrey, we compete in F4 British Championship, BRDC Formula 3, EuroFormula Open, and the FIA Formula 3 European Championship.

Carlin’s 2016 championship winning Indy Lights squad are based out of the team’s U.S workshop in Delray Beach, Florida.  The Delray Beach workshop is also the base for our expanding projects in the U.S.