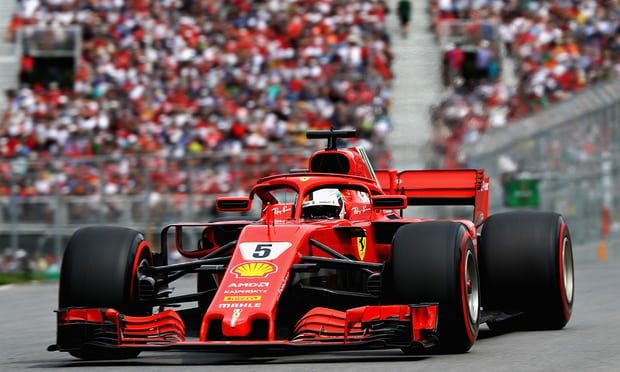 VETTEL TAKES THE CHAMPIONSHIP LEAD FROM LCH IN CANADA

VETTEL: “I said yesterday how much this place means to Ferrari,” he says. “To have a race like we had today is unbelievable. After a long stretch without a win here, we’re all happy. It’s a day to remember the great Gilles Villeneuve. Everybody will have a blast tonight. There’s still a long way [to go in the championship.”

Mercedes’ failure to bring any engine updates to Canada hurt them grievously, with Hamilton struggling all weekend both in his cornering and straight-line speed. The effect was severe: where the reigning world champion had arrived at the Circuit Gilles Villeneuve with a 14-point lead, he left it trailing by one. On this occasion, Vettel was supreme in achieving his 50th win. From the moment he surged away from Bottas off the start line, the outcome looked settled.

Canada has hosted many of F1’s finest dramas, from Hamilton’s maiden win in 2007 to Jenson Button’s improbable, rain-lashed triumph from last on the grid four years later. This latest instalment was not a contender, alas, to join the classics. A conspicuous absence of overtaking made for a one-dimensional procession. It was fitting, in a way, that model Winnie Harlow decided to wave the chequered flag a lap early, as if she, like everyone else, had seen quite enough.