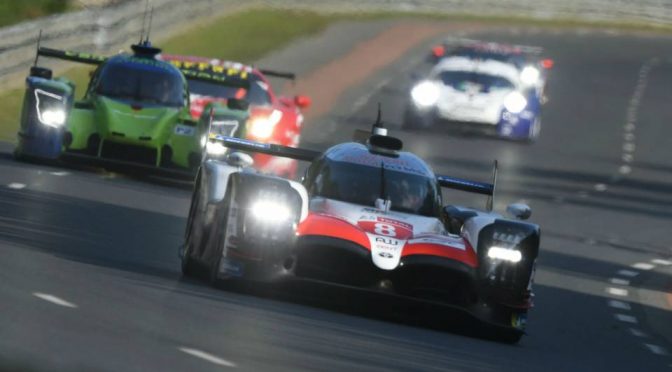 The 2018 edition of the 24 Hours of Le Mans, the world’s most challenging endurance race, finally was Toyota’s time to shine. Qualifying results placed the pair of Toyota TS050 Hybrids on the pole and No. 2 starting positions for the race, which began Saturday at 9 a.m. ET (3 p.m. in France) and ended Sunday at the same time with the same two cars atop the field.

In both of the last two years in the LMP1 class, Porsche had stolen victory from Toyota, which had experienced differing issues. Both TS050 Hybrid’s were able to avoid issues this year on their way to a 1-2 finish. This year’s 24 Hours of Le Mans featured perhaps the strongest group of Toyota drivers ever. Among those who drove for the winning No. 8 team was two-time Formula 1 champion Fernando Alonso; he was joined by Kazuki Nakajima and Sébastien Buemi.