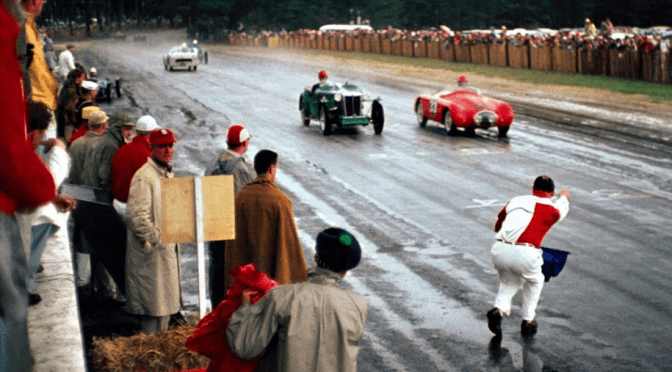 OSCAs to Appear on Famed 18th Fairway as Featured Class.

PEBBLE BEACH, Calif. — In 1947, OSCA–Fratelli Maserati was new to the racing scene, but the Maserati brothers that founded the marque were not, and their unassuming OSCAs would go on to dominate the small capacity racing world for more than a decade.

The coming Pebble Beach Concours d’Elegance will celebrate OSCA as a featured class, assembling fifteen cars to tell the story of this potent Italian marque.

“These lightweight, high revving OSCAs truly punched above their weight,” said Miles Morris of the Concours Selection Committee. “Studying the combined victories of the MT4s that will be at Pebble Beach is astounding.”

On hand will be the OSCA that famously branded this diminutive marque as a “giant killer.” In 1954, up against far more powerful competitors, an OSCA MT4 1500 Spider won the 12 Hours of Sebring outright by over five laps. The win by this little MT4, owned by Briggs Cunningham and driven by Stirling Moss and Bill Lloyd, cemented the marque’s racing pedigree. This victorious sports car, now owned by The Collier Collection at The Revs Institute, exemplifies the essence of OSCA: lightweight, reliable, built to win.

The earliest OSCA at this year’s Concours will be the 1949 OSCA MT4 Siluro—the second OSCA created. The torpedo-bodied car was originally ordered by a long-time Maserati benefactor, Count Paolo Cordero Di Montezemolo, who raced the Siluro until the end of 1950, at which point the OSCA factory purchased it back and used it as a team race car. This OSCA, now owned by Elad Shraga, is featured on the 2018 Pebble Beach RetroAuto poster.

“When I was 16 years old, I remember reading a mid-1980s Road and Track retrospective on an MT4,” said Elad Shraga. “I was captivated by the mystical combination of the authentic Maserati brothers pedigree, the artisanal design, the bespoke and individual nature of these race cars and mostly, that rare combination of top-level racing success achieved by self-sufficient engineering and design.”

“I was captivated by that rare combination of top-level racing success achieved by self-sufficient engineering and design.”

Also shown in the poster is Shraga’s 1952 MT4 MM Spider, which was originally built for Hollywood screenwriter, Randy McDougall. This spider was the first OSCA on the West Coast, clothed in an eye-catching Ernesto Maserati-designed Mille Miglia body, and it was soon a Hollywood starlet of the California racing circuits. McDougall entered it in a series of races—including three at Pebble Beach—where the car achieved automotive fame.

Eventually, McDougall sold the Spider to Alfred “Al” Coppel, who also raced and won with the car at Pebble Beach. Today, the car is the last surviving Mille Miglia–bodied MT4 and the only MT4 in existence with grill-mounted headlights. Despite its rarity, Shraga still uses his MT4 as intended.

“Driving the 1952 MT4 in the first Holyland 1000 through a desert canyon in the Negev Desert will always be a favorite memory of mine,” Shraga recounted. “The engine sound echoing off the canyon walls—that ripping, angry note being unique to Maserati designed 4-cylinders—was just glorious.”

The Maserati brothers’ OSCAs proved that lightweight and reliable design could in fact be a replacement for displacement, and the Concours is honored to celebrate this marque.

Photos courtesy of Elad Shraga and The Revs Institute