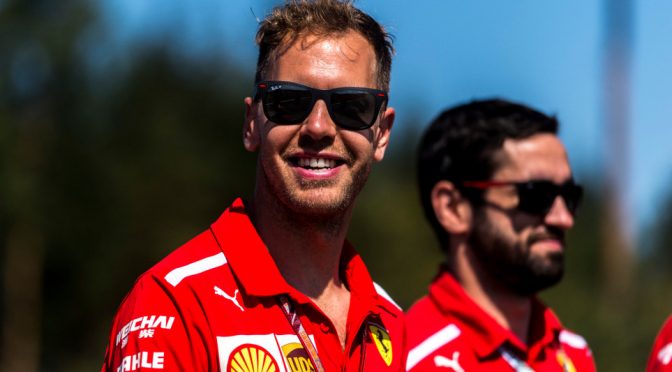 FERRARI ON THE GERMAN GRAND PRIX

Back to historic Hockenheim, a track with many tales to tell

The weekend break is over and, during the next couple of days, the SF71H and part of the equipment is leaving Maranello and heading for Hockenheim. It’s the start of another back-to-back, as one week on from this weekend’s German GP, comes the race in Hungary. Part of the team will stay out until the end of the second of these two races.

Hockenheim is an historic track that has many tales to tell. Some of them are great, such as Berger’s win in ’94 and Irvine’s five years later, and the unbelievable 2000 race when Barrichello won after Schumacher crashed out. Others were tinged with sadness, such as the deaths of Clark and Depailler and Pironi’s career-ending crash. But that was all on the old, uncompromising circuit, of which very little remains. Speed down the straights was everything and, in the pits, even in the Nineties, inventiveness reigned supreme.

Teams improvised solutions such as cutting down the pillars of the front laps, so that they ran lower to the ground, or even fitting (in free practice) four front tyres to reduce aerodynamic drag! Then it fell to the driver’s talent to make up for the lack of downforce in the Motodrom , the twistiest and most evocative section of track.

The track first used in 2002 has little of that left: the straights that tore through the forest have gone and today the circuit comes in at under five kilometres in length, but still offers a combination of slow, medium and high speed corners. The last sector is the one that can give the tyres a hard time, while the three DRS zones could make for some interesting data in terms of top speeds.

There’s hope of a large crowd for this race, back on the calendar after skipping 2017 and maybe we might even see a return to the large queues of fans, who would wait at the circuit exit late into the night, hoping for a glimpse of the drivers. Legend has it that, back then, some drivers would hide in the boot of the car or wear fake wigs and beards to avoid being mobbed.