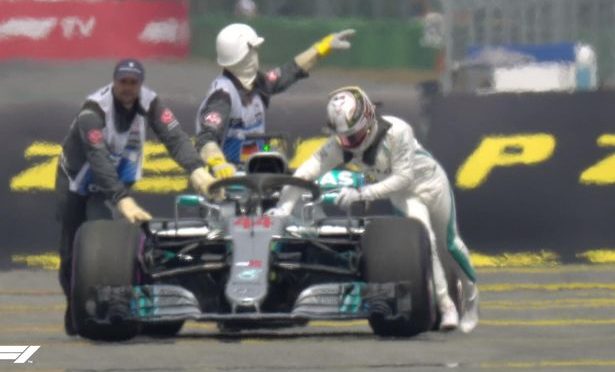 LCH will start the German Grand Prix from 14th on the grid while title rival Sebastian Vettel took a stunning pole position for Ferrari.

Hamilton’s Mercedes suffered hydraulic failure in the first part of the session, grinding to a halt on track.

Vettel set pole from Hamilton’s team-mate Valtteri Bottas by 0.204 seconds and is now in position to extend his eight-point lead in the championship.

But Bottas’ second place gives him a chance to challenge Ferrari.

The Finn edged out Vettel’s team-mate Kimi Raikkonen by 0.131secs and has the inside line on the run to the first corner for Sunday’s race. 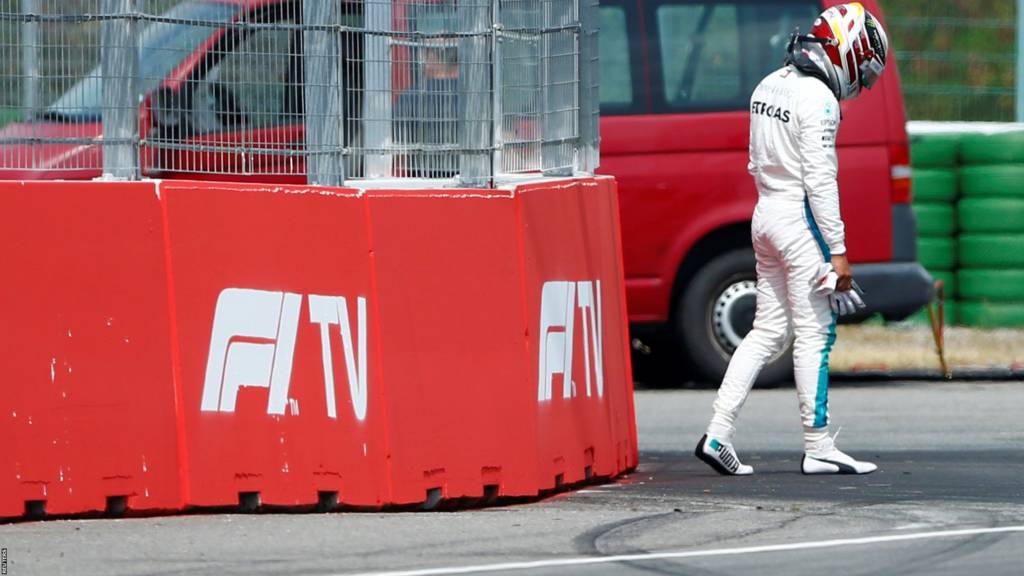 Hamilton’s problem emerged shortly after he had run wide at the high-speed Turn One but he said that this was not the cause of the failure, which he said had happened before.

He was unable to change gears and was ordered to stop out on the circuit because the problem risked damaging the engine.

It is the latest in a series of blows for Hamilton and Mercedes, after a double retirement in Austria, where they also made a strategic error, and his incident with Raikkonen at his home race.

Vettel, who grew up in Heppenheim, less than 30 miles from the track, soaked up the cheers of his home crowd and said he had always felt from his first run in first qualifying that he could take pole.

“Thanks to the fans it was amazing to see so many Ferrari and German flags,” he added.

“It just kept getting better and I knew for the last lap I had a little bit more in more, I’m full of adrenaline but so happy.”