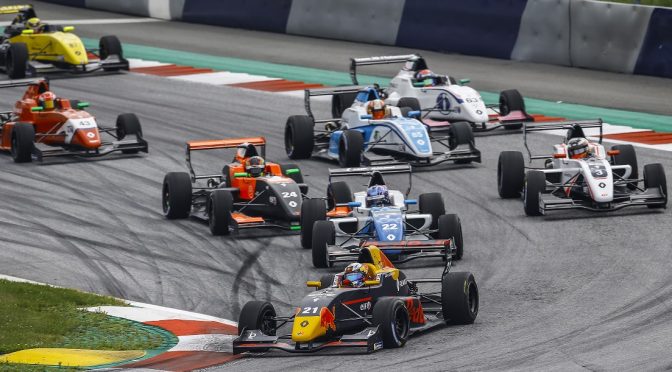 In taking his first win in the Formula Renault Eurocup at the Red Bull Ring, Victor Martins (R-ace GP) becomes the seventh different winner in ten races this year. Max Fewtrell (R-ace GP) and Christian Lundgaard (MP Motorsport joined the Renault Sport Academy driver on the podium after the penalty handed to Lorenzo Colombo (JD Motorsport). While Yifei Ye (Josef Kaufmann Racing) still leads the general classification, the title battle has never been as tight as the season heads into its second half.

At the start, Lorenzo Colombo got the advantage at turn one, but the Italian driver went wide and Victor Martins wasted little time in taking back the lead. Max Fewtrell got past Christian Lundgaard for third place, while Alex Peroni moved into the top five before Richard Verschoor reclaimed the position. Starting 10th, Logan Sargeant picked up two places before entering a duel with Yifei Ye, while Axel Matus (AVF by Adrian Valles) and Neil Verhagen (Tech 1 Racing) looked on from behind. 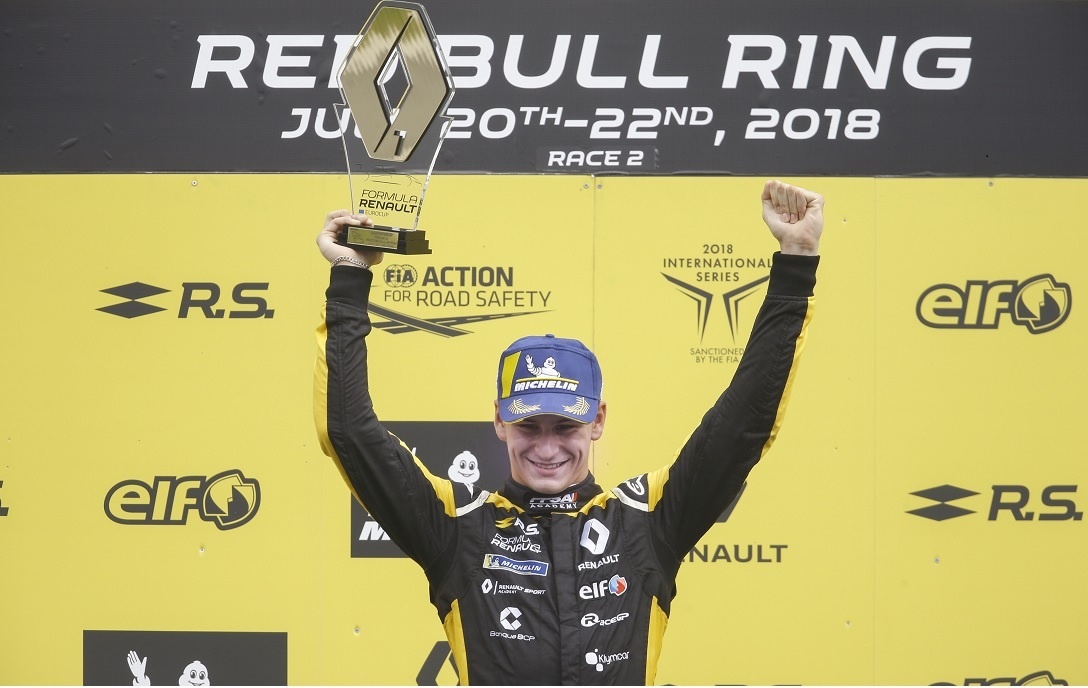 The opening laps were marked by superb battles up and down the order. The top four pulled away from the rest of the field and every driver pressured his rival in front of him without finding his way past. Yifei Ye got by Logan Sargeant before attacking Alex Peroni. The Australian relinquished the spot on lap 11. In a tightly bunched field, Neil Verhagen also used all of his attacking skills to surprise Alex Matus, then Logan Sargeant, who retired late in the race.

Despite the small gaps at the front of the order, the positions remained the same. Victor Martins kept a cool head to take the win ahead of Lorenzo Colombo. The Italian driver was penalised ten seconds after the race for jumping the start. He dropped to sixth place behind Max Fewtrell, Christian Lundgaard, Richard Verschoor and Yifei Ye.
Seventh place Alex Peroni fended off the attacks from Neil Verhagen, while the final two points paying positions offered a chance to watch a brilliant battle. Running in 10th place for most of the race despite a damaged nose cone, Axel Matus ended up behind Oscar Piastri and Frank Bird (Tech 1 Racing).

Victor Martins (R-ace GP): “It was a difficult race, but really amazing! It just proved the quality of this category and the excellent level of the drivers. I didn’t get the best of starts. I didn’t make the right choice heading to turn one, but I managed to get a strong exit to re-pass Lorenzo at turn three. After that, I had to stay focused just until the finish and I want to thank the team for the incredible work they’ve done. This is an excellent result as we head into the second half of the season, but we will have to work twice as hard to keep this momentum going.”