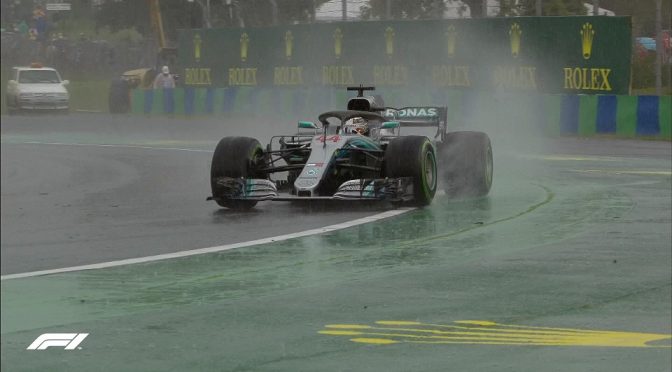 LCH took pole position for the Hungarian Grand Prix after delivering a masterclass in the rain.

Sebastian Vettel was expected to be the fastest in the dry, but, as ever, LCH turned on the style when the heavens opened.

The Englishman beat team-mate Valtteri Bottas by a quarter of a second to the top slot on the grid, while Ferrari’s Kimi Raikkonen third. 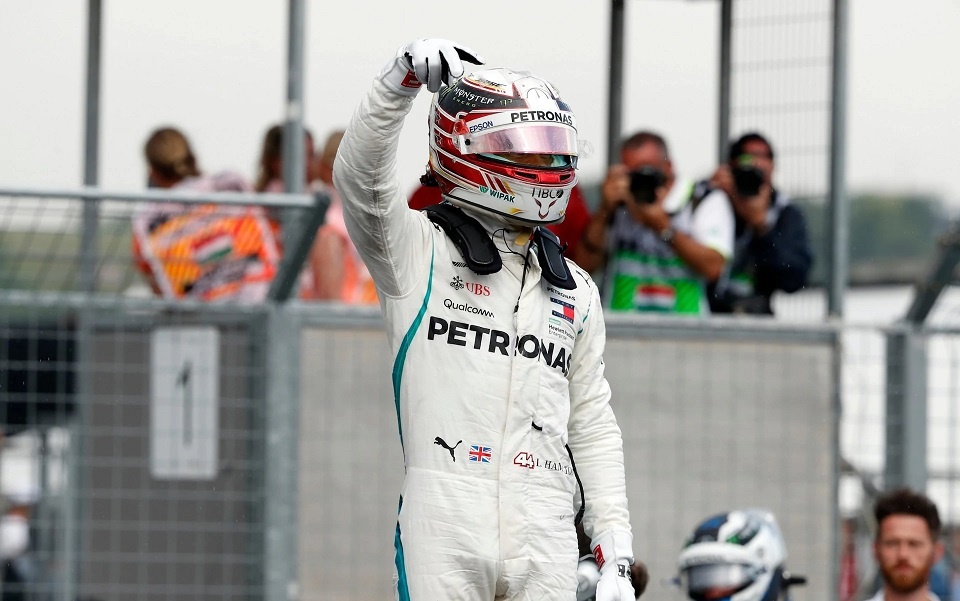 Vettel, 17 points behind Hamilton in the championship, finished only fourth, more than half-a-second down on his rival.

Dark clouds hovered over the Hungaroring before large claps of thunder ensured a downpour was imminent.

Moments later, the rain arrived to ensure the first wet qualifying session since last September’s Italian Grand Prix. On that day, Hamilton prevailed with a remarkable lap, and here the Briton was at it again to prove his credentials in the slippery conditions.

Vettel, who crashed out from the lead of his home race in Germany last week, appeared cautious, and will now have his work cut out from fourth at a track where overtaking is difficult.

“We couldn’t have expected this because Ferrari have been quickest all weekend,” Hamilton, only fourth in final practice, said. “We were going to try and do our best to be as close to them as possible, but then the heavens opened and it was fair game.

“It is so tricky out there. Towards the end it was getting really wet and it is difficult to arrive at the corner and know how much grip you are going to have.

“That was massively challenging. You are tip-toeing around like a ballerina. We are in a great position so we are going to do our best to keep the red guys behind us.”