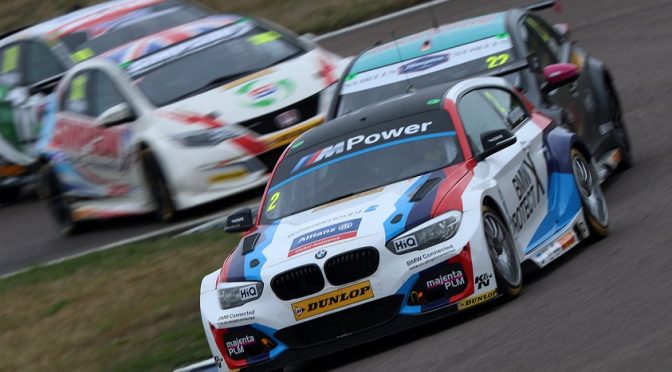 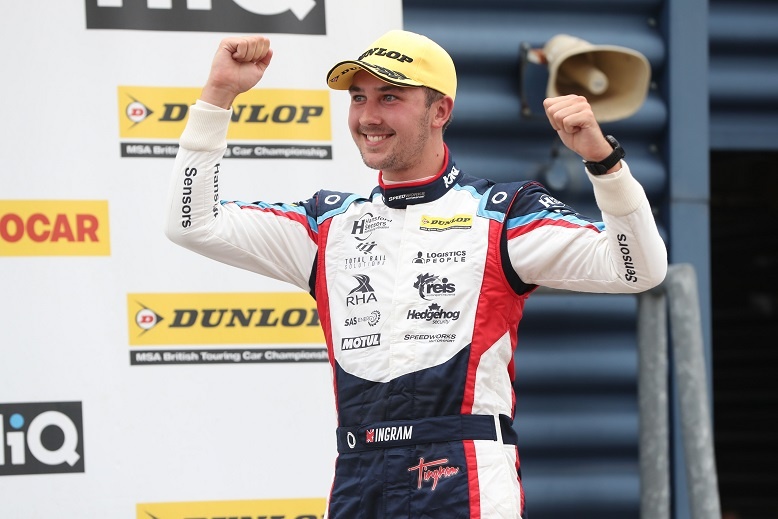 Whilst Morgan was taking his third win of the season in relative comfort there was seemingly no end of drama in the battle for the remaining podium places, which kicked off as soon as the lights went out.

A sluggish start from Halfords Yuasa Racing’s Dan Cammish from third on the grid almost saw Chilton’s Ford by on the run down to the hairpin for the first time, but as the former went in deep to defend he unfortunately tagged second placed Sam Tordoff and tipped him into a spin.

With the GardX-backed Ford now stranded in the middle of the track and facing the wrong way, a number of unsighted drivers were then caught up in the resulting melee.

Sutton produced the move of the race on lap 13 with a switchback manoeuvre on Chilton through the esses. From there, he scampered away with a second placed finish.

Chilton held on to third with Cammish and BTC Norlin Racing’s Daniel Lloyd crossing the line behind side-by-side – with Lloyd securing fourth place by just 0.059s.

Reigning champion Sutton went one better in race two as he saw off the challenges from Morgan and the blisteringly quick Toyota Avensis of Ingram.

Pole-sitter Morgan lost the lead to Sutton off the line, and although the former kept the latter honest throughout he was never really close enough to make a concerted effort to get by.

Yet again, it was the fight for the final podium position that created the most excitement with Ingram incredibly grabbing the place late on after a storming drive from 27th on the grid.

He had already picked off rival-after-rival before he blasted by then championship leader Turkington to take fifth on lap 15. Both title protagonists then muscled their way past the impressive VW of Mike Bushell, so now it was Ingram and Turkington in fourth and fifth with just a couple of laps remaining.

Senna Proctor’s Power Maxed TAG Racing Vauxhall was hanging on to third but when he ran across the grass through Brook for the second time, Ingram spied his opportunity and nipped through to complete another wonderful comeback drive.

His championship advantage didn’t last long, however, as Team BMW’s Turkington scored his own podium in the final encounter to move back to the standings summit with a four-point advantage over Ingram.

Despite Turkington’s table topping success, the final race will be remembered for Smiley taking his first ever victory in the series in largely dominant fashion.

The other podium places eventually came down to the run to the finish line as Matt Simpson’s Honda lost second to Turkington through Brook. In a dash to the chequered flag it was Simpson who hung on to a podium by just 0.029s from Motorbase man Tordoff.

As well as Turkington heading the Drivers’ standings his Team BMW squad lead both the Manufacturers’ and Teams’ orders. Unsurprisingly, it is Speedworks Motorsport topping both Independents’ tables. Cammish leads the Jack Sears Trophy.

The action returns in two weeks’ time for Rounds 22, 23 and 24 of the Dunlop MSA British Touring Car Championship at Knockhill (25/26 August).