LCH stunned the Ferrari crowd with a remarkable victory at the Italian Grand Prix following a late move on Kimi Raikkonen and an opening-lap collision with Sebastian Vettel.

Pole-sitter Raikkonen looked set to win his first race in more than five years – and Ferrari’s first in their homeland since 2010 – but Hamilton executed a brilliant pass on the Finn with just eight laps remaining. 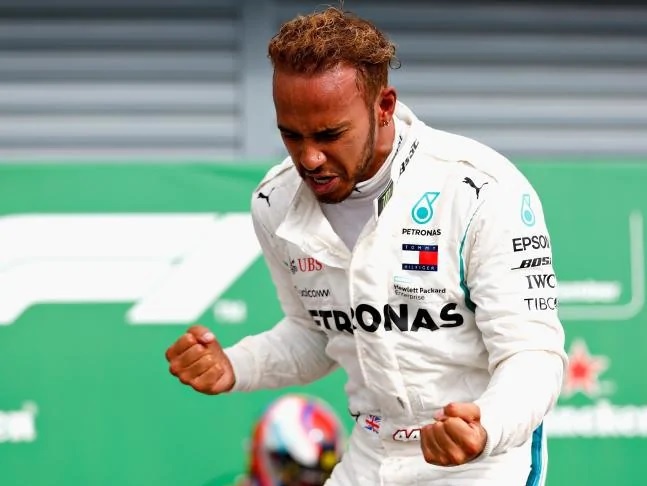 Vettel, who fell to last after his coming together with Hamilton, recovered to finish fourth, but the German is now 30 points behind his championship rival. Valtteri Bottas completed the podium places.

Vettel was at his commanding best seven days ago to win in Belgium, but he was on the back foot from the start here after his critical collision with Hamilton.

Raikkonen roared off his marks on the long gallop down to the opening bend at Monza to keep both Vettel and Hamilton at bay. Hamilton, however, took advantage of a slipstream off Vettel’s Ferrari before lining up a move on his championship rival at turn four.

Vettel covered the inside, but Hamilton moved to his right to take the racing line, and he was ahead of the Ferrari car as they took the corner.

Vettel did not want to give up the space, and the right-hand side of his car made contact with Hamilton’s Mercedes. It sent the German into a spin as Hamilton marched on in second. Vettel complained on the radio:

“That was silly, where did he want to go?” He limped back to the garage for repairs before Hamilton’s long-term rival Nico Rosberg pointed the finger at Vettel.

“I think it was 100 per cent Sebastian’s fault,” Rosberg said on Sky Sports commentary. “Hamilton gave him all the room. He’s not going to become world champion if he keeps doing these things.”