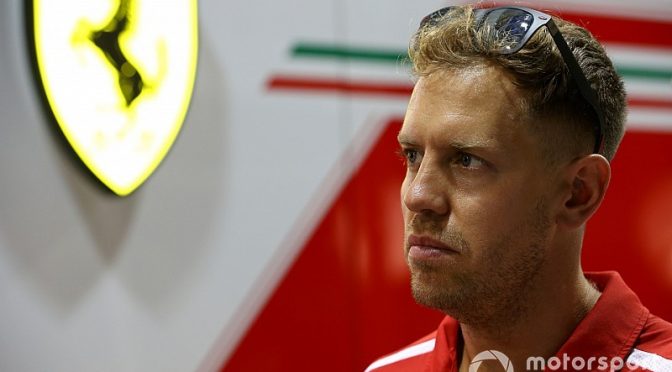 IS VETTEL IN TROUBLE?

Vettel was one corner from the end of a lap that looked set to put him up with Raikkonen and Hamilton.

The German was able to get the car back to the pits but the extent of the damage ended his session.

Vettel slid sideways into the wall on the exit of Turn 21, at the end of what would have been his fastest lap of the season, catching it with his right-rear wheel.

It was a glancing blow and the wheel stayed attached to the car but he immediately felt damage and pulled straight into the pit entry.

As he parked in the Ferrari pit, hydraulic fluid was pouring from the back of the car.

“We lost some time, which is not ideal, but nevertheless the feel I had for the car was all right and we should be fine for tomorrow,” said Vettel, who is 30 points behind Hamilton with seven races to go.

The four-time world champion was the second driver to fall foul of the unyielding concrete walls. Sauber’s Charles Leclerc, whose promotion to Ferrari as Vettel’s team-mate next season was announced this week, crashed in first practice.

Leclerc, who has never raced at Singapore before, wiped off his car’s right-front wheel and suspension but it was repaired in time for the second session, in which he was 14th fastest, two places and 0.25secs slower than team-mate Marcus Ericsson.