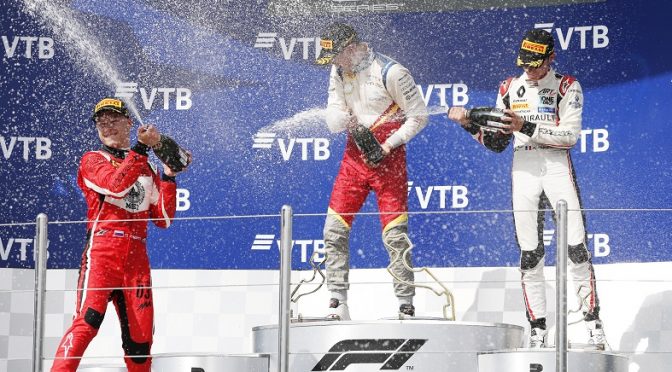 Italian driver takes first GP3 Series win
Leonardo Pulcini was dominant in a thrilling GP3 Series Race 1 at Sochi, Russia, powering into a commanding lead and converting pole position into his first race victory in the category. The Italian driver crossed the line 3.955 seconds ahead of home racer Nikita Mazepin, who overtook Anthoine Hubert on the final lap to take the runner-up spot – as the French driver held on from Richard Verschoor to complete the podium. 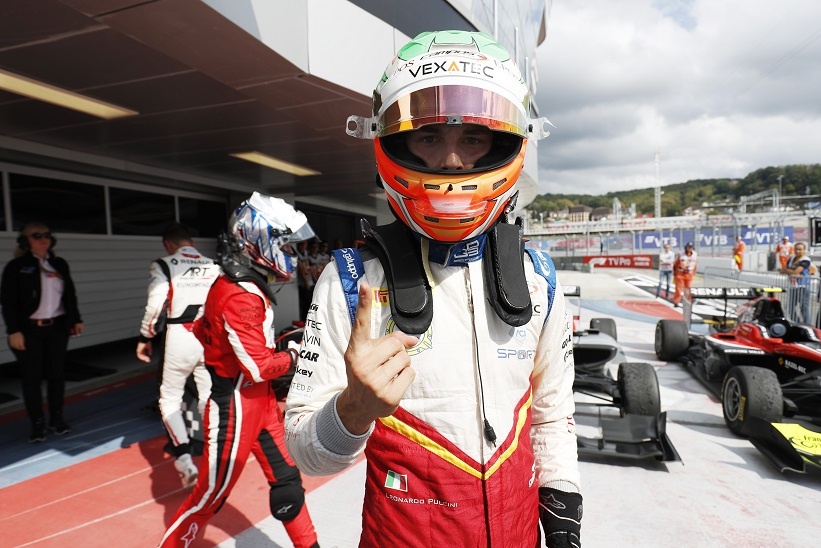 In a manic opening lap, Pulcini started brightly and pulled across fellow front-row starter Callum Ilott off the line, keeping the ART Grand Prix driver behind him to complete the first lap well out of DRS range. Immediately, the action started to unfold further down the field, and Verschoor enjoyed a battle with Simo Laaksonen as the two looked to make progress early on – later welcoming David Beckmann into the battle for seventh.
On the fifth lap, Ilott began what was to be a heady descent down the field – losing second to Hubert, the Brit quickly dropped behind Giuliano Alesi and Mazepin, then falling behind Jake Hughes a lap later. Meanwhile, Pulcini continued to flex his muscles and built up a 2.5s lead by lap six as he sought to claim his first GP3 win in style.
The gap between Pulcini and Hubert remained relatively stagnant in the first half of the race, while Verschoor continued his progress through the field by passing the ailing Ilott for sixth – immediately turning his attention to Alesi and Hughes. Ilott then fell behind Beckmann and Laaksonen shortly after, as his hopes of closing in on Hubert in the championship battle began to dwindle.
After the halfway mark, Verschoor stabbed his way past Hughes and began to work his way towards the front trio as Hughes fell into the clutches of Beckmann. Ilott, meanwhile, was now embroiled in a scrap with Juan Manuel Correa and Joey Mawson, and the three began to trade places frequently as they did battle for eighth – 1hoping to recover a reverse-grid pole for tomorrow’s race.
In the final quarter of the race, Hubert then began to reel Pulcini in – but the Italian was able to summon the strength to re-open the gap. This left Mazepin in with a shot of catching Hubert, and did so after the Frenchman went perilously wide at turn five on the penultimate lap. The Russian attempted to pass with DRS into turn 13, but Hubert was wise enough to cover him off – drifting to the inside to hold the line into the corner.
Hubert had no answer to Mazepin’s advances on the final lap, conceding defeat in the DRS zone on the entry to turn 2 as Verschoor quickly emerged in the battle. Pulcini, however, had built an unassailable lead and captured his maiden GP3 win – and the first for Campos Racing in 2018. Mazepin clinched second, remaining out of Hubert’s reach, while the championship leader held onto third having benefitted from Verschoor using up his DRS allocation.