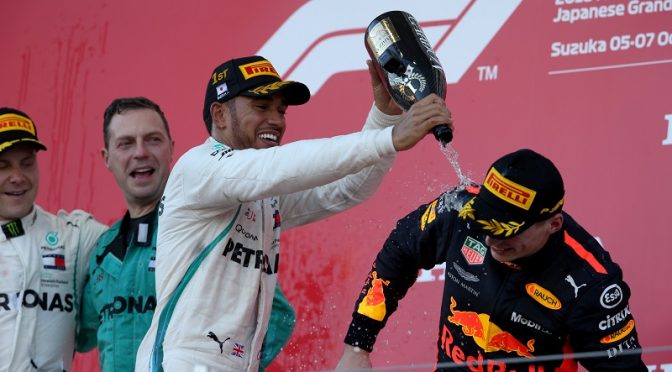 LCH stormed to victory at the Japanese Grand Prix on Sunday, claiming his fourth straight Formula One win and moving a step closer to a fifth world championship.

Starting from pole, the Mercedes driver was never seriously challenged and crossed the finish line 12.919 seconds ahead of teammate Valtteri Bottas. Red Bull’s Max Verstappen was third, 14.295 seconds back. 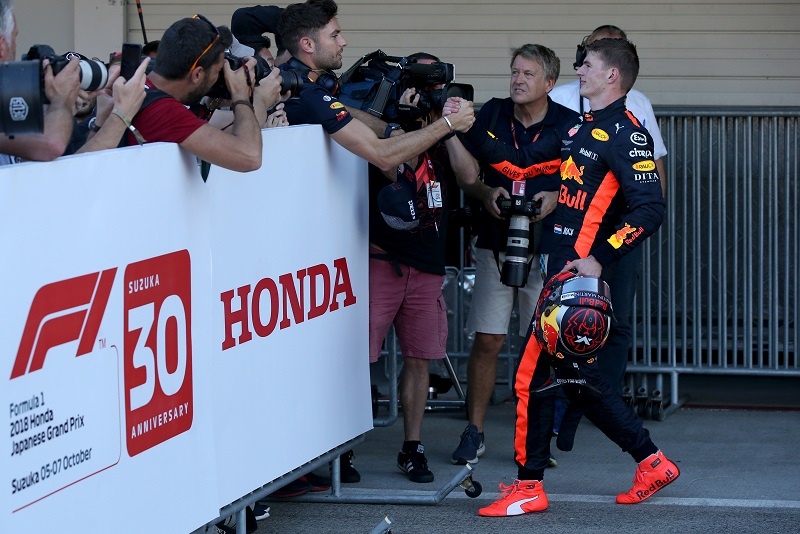 Hamilton has won six of the last seven races and now leads Sebastian Vettel by 67 points with four races left.

Vettel started eighth and quickly moved up to fourth place, overtaking both Toro Rosso cars that started ahead of him.

But the Ferrari driver attempted to pass Max Verstappen on the ninth lap and the two cars collided with the Ferrari spinning off into the runoff. The move dropped Vettel back to 18th place.

MAX VERSTAPPEN, …“After the penalty and incident with Seb I’m really happy to come away with another podium in Japan. The car felt good and we were able to compete at the front for the entire race, which at this track makes it even better. Judging by a few mistakes he made it looked like Bottas was pushing hard on the last few laps. It’s hard to follow anyway so I just did my best hoping he would make another fault and I could be in a position to take advantage. 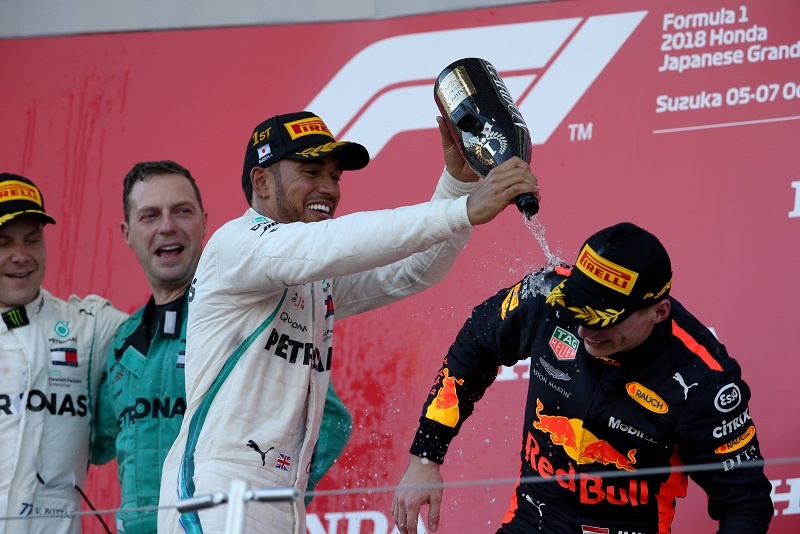 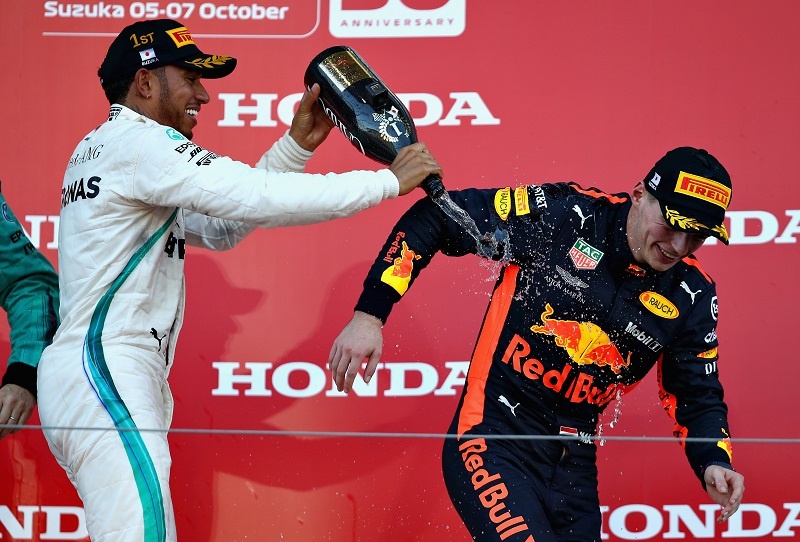 I felt a little hard done by with the penalty I got while defending against Kimi. I was trying my best to get back onto the track as quickly as possible instead of just cutting the corner, perhaps next time I will just cut the track. The incident with Sebastian was a very similar mistake to mine in China earlier this year, I think he could have passed easier if he had waited. It shows that even the most experienced drivers can make errors when under pressure. I’m now very excited to get to Austin, we have good performance and it’s a great place to visit.”