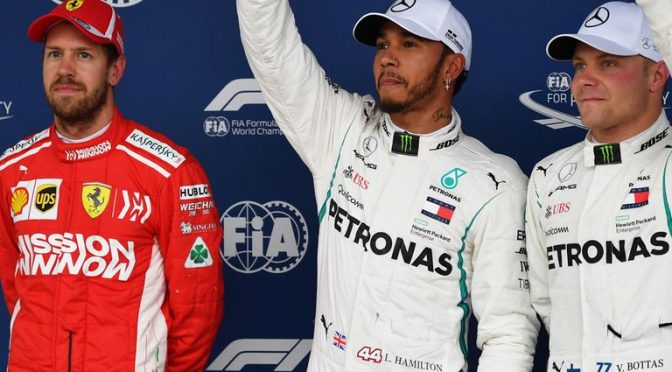 LCH BEATS VETTEL TO BRAZILIAN GP POLE POSITION IN A QUALIFYING SESSION WHERE BOTH DRIVERS WERE INVOLVED IN CONTROVERSIAL INCIDENTS!

Vettel is under investigation by the stewards for a bizarre incident in Q2 when he is accused of ignoring instructions at the weighbridge and breaking the scales that weigh the cars. 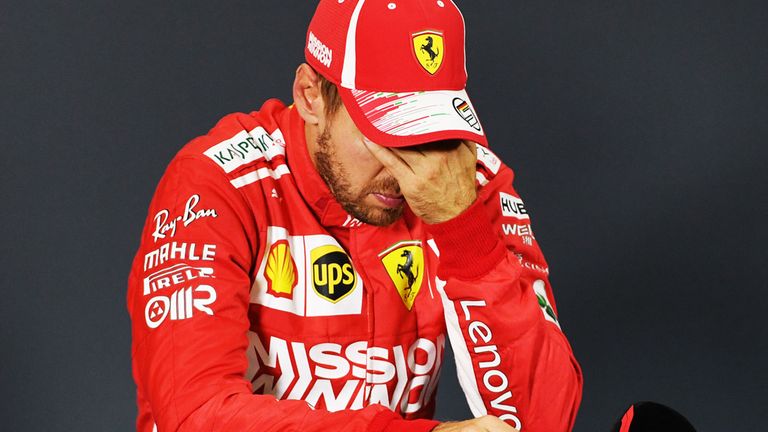 Hamilton, meanwhile, had a near-miss with Sergey Sirotkin in the same session when the Williams driver had to swerve off the track. Amid suggestions both drivers were on out laps, stewards have not yet launched an investigation into that incident.

On the track in Q3, F1’s newly-crowned five-time champion beat Vettel by 0.093s to stay true to his word that he would go all-out to victory to help Mercedes clinch the Constructors’ Championship with a race to spare on Sunday.

Valtteri Bottas was third in the other Mercedes, with Kimi Raikkonen fourth in the second Ferrari.

After a front-row lockout in Mexico, Red Bull took a back seat at Interlagos with Max Verstappen and Daniel Ricciardo split by a scant 0.002s in fifth and sixth places respectively.

But Ricciardo will slip back to 11th place owing to a five-place penalty for an unscheduled turbo change.

IS VETTEL LOOSING IT?
The Ferrari driver has found himself in hot water with authorities on several occasions this year amid his ultimately failed title challenge and the weighbridge moment in Q2 represented the most unusual yet.

After completing his first lap amid lightly-falling rain in Q2, Vettel was asked to stop at the weighbridge as he returned to the pits so FIA officials could carry out a random check.

But Vettel is said to have ‘refused to turn off the engine’ and driving on to the scales with his car’s engine still running, contravening the regulations. The FIA say he then drove off under his own power which ‘destroyed the scales’ and ‘further compromised the continuation of the weighing procedure’.

The German was also seen clapping his hands in an apparent attempt to get officials to hurry up.

“They shouldn’t call us, when the conditions are changing like that I think it’s unfair if somebody is pulled in,” said Vettel after qualifying before visiting the stewards.