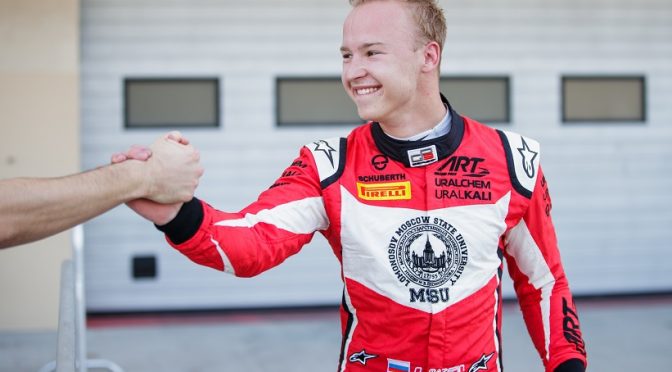 Nikita Mazepin has set sail on his championship fightback with a fine pole position in this afternoon’s GP3 Series qualifying session at the Yas Marina Circuit, grabbing P1 as the chequered flag dropped to deny title rival Anthoine Hubert a vital chance to pull away in the points: the Frenchman will line up behind his teammate and Leonardo Pulcini in P3 on tomorrow’s grid. 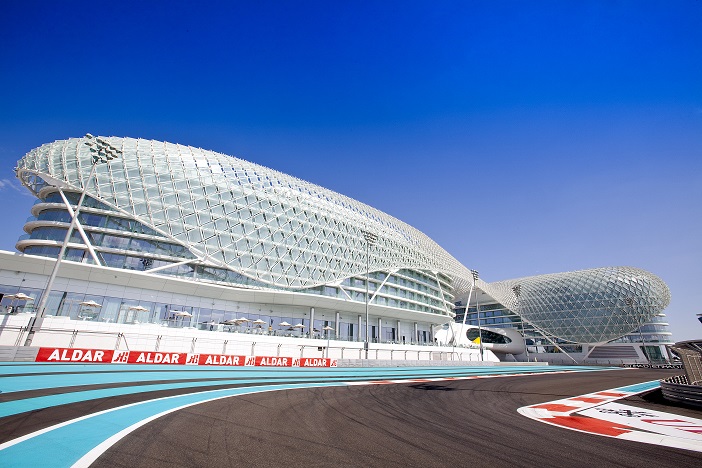 The Russian stopped the clocks at 1:54.885, less than a tenth ahead of his closest rival, but more importantly for him the lap meant that the title fight closes to just 27 points, with 44 on offer for the remainder of this final race weekend of 2018.
With temperatures increasing from this morning’s free practice session, this afternoon’s qualifying was white hot from the start. Callum Ilott led his ART teammates and the rest of the field out when the lights went green, with Mazepin, Hubert and Jake Hughes swapping the top spot between them as the times tumbled.

Hubert led the way as the entire field returned to the pits for fresh rubber and new ideas, setting the fastest times in the first two sectors in the process. With 8 minutes remaining the pack emerged looking refreshed, and soon recommenced battle for the top spot. Richard Verschoor and then Hubert and then Pulcini briefly sat on the top of the pile, and with one minute remaining the Dutchman led his rivals on track for the one remaining lap.

As the chequered flag dropped Verschoor didn’t have enough for P1, then Pulcini got one hand on pole until Mazepin crossed the line just behind him: when Hubert and Ilott were unable to improve enough the Russian pumped his fist with joy as he toured back to the paddock. Hughes had done just enough to usurp Ilott in P4, with Trident drivers David Beckmann, Giuliano Alesi and Ryan Tveter filling out the top 10 ahead of Simo Laaksonen and Juan Manuel Correa. With 16 drivers within a second of pole there was little in the fight today, which promises to promote the one to come in Race 1 tomorrow.