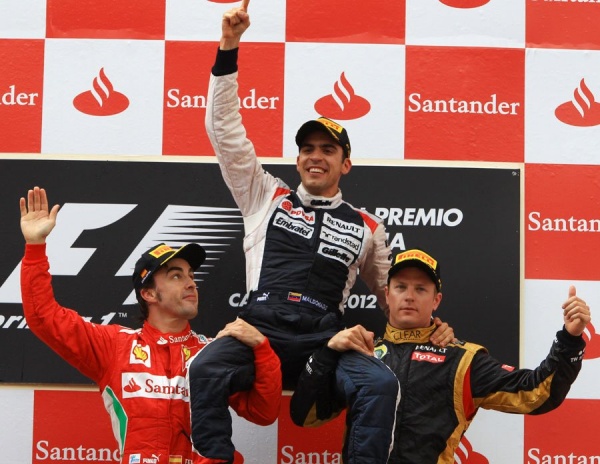 THE HOST SENDS NASIR TO THE ROAR BEFORE THE 24 AT DAYTONA INTERNATIONAL SPEEDWAY AND BINGO ANOTHER COUP FOR THE F1WEEKLY FAMILIA! THIS WEEKS INTERVIEW…PASTOR MADONADO!!

Maldonado began the 2012 season alongside Brazil’s Bruno Senna, for Williams. He started the season with promising pace, qualifying eighth for the Australian Grand Prix. In the race, he was running strongly until he crashed out on the final lap, fighting with Fernando Alonso for fifth position. In the Malaysian Grand Prix, Maldonado retired in the closing stages of the race while running in the points. 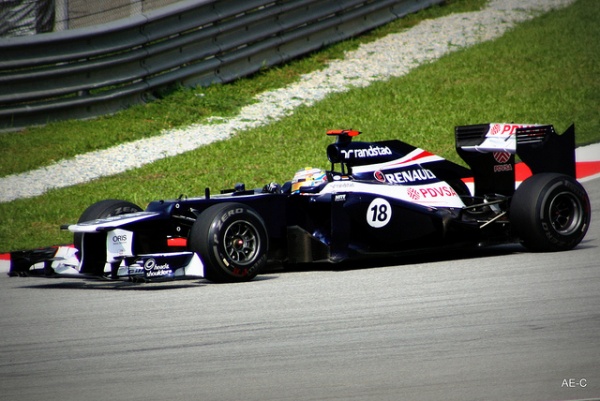 He scored his first points of the season by finishing eighth in China. A puncture ended his race in Bahrain, after he qualified in seventeenth position. At the Spanish Grand Prix, Maldonado qualified second, next to Lewis Hamilton on the front row of the grid after strong pace from his Williams car during the race weekend. Maldonado was later promoted to his first pole position in his Formula One career after Hamilton was excluded from the results of qualifying, due to having insufficient fuel in his car.

Maldonado was beaten to the first corner by Fernando Alonso, but regained the lead after the second round of pit stops. Maldonado held his lead after the third pit-stop phase, and held off Alonso and Kimi Räikkönen to win, becoming the first Venezuelan driver to finish on a Grand Prix podium in the process. He remains the most recent Williams driver to win a race as of today!