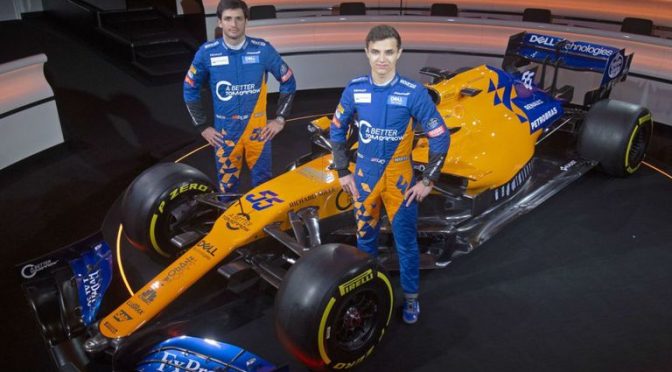 McLaren unveiled their new MCL34 car for the 2019 Formula 1 season.

The car retains the historic papaya colour of last year, with added blue at the front and rear, with the team saying their second Renault-engined car features “substantial changes” from its disappointing predecessor. 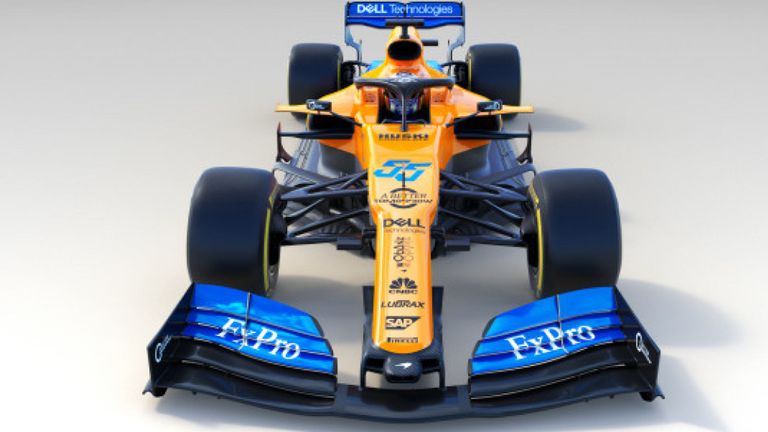 “We just want to see a good step forward from where we were last year,” executive director Zak Brown…

We didn’t develop a very good race car, we’ve certainly got higher hopes for this year’s car. But it’s hard to tell until you get out there. The competition is only getting tougher in this sport.” 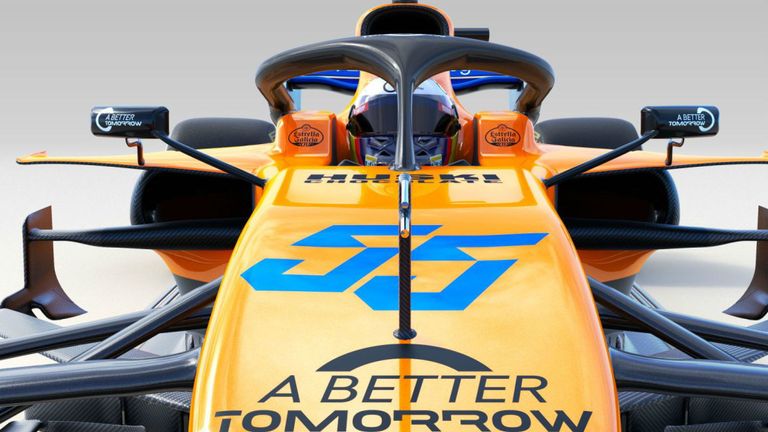 Although they finished sixth in last year’s Constructors’ Championship, an improvement of three places over their final year with Honda, McLaren admitted their car’s performance fell a long way short of expectations with the second half of the season proving especially difficult.

“We’re all committed, motivated and united in our ambition to return McLaren to competitiveness, and the MCL34 is only the start of this process,” said Brown.

“We have a fresh driver pairing, who together represent the new generation of Formula 1 talent, and are an integral part of the team and our collective effort to advance McLaren forward.”