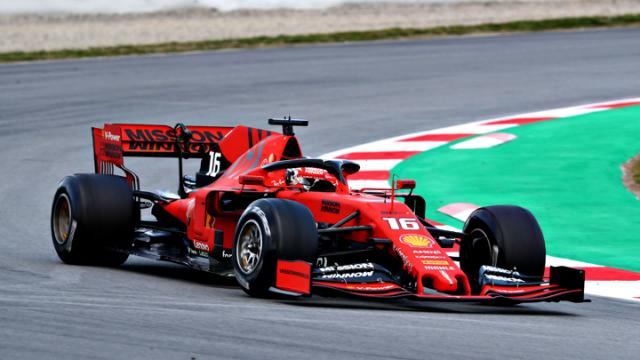 Ferrari were the fastest team for the second day running at Formula One testing in Barcelona as new boy Charles Leclerc impressed on Tuesday.

Sebastian Vettel starred as the week got under way on Monday, but it was the turn of the German’s new team-mate 24 hours later as Ferrari again laid down a marker.

A best lap time of one minute and 18.247 seconds saw Leclerc quickest around the track, beating McLaren’s Lando Norris by 0.306 seconds.

Yet again, Williams were not able to put a car on the track.

Both Ferrari and Leclerc are pleased with the early results in pre-season, with the Monegasque driver enjoying his first 157 laps at the wheel.

“There’s always going to be some [emotion] when you get into a Ferrari, but I put that to one side because I had a job to do for the team,” Leclerc said.

“Let’s hope we keep going like this over the next few days, because it’s important to make the most of the few on-track testing opportunities we have.”