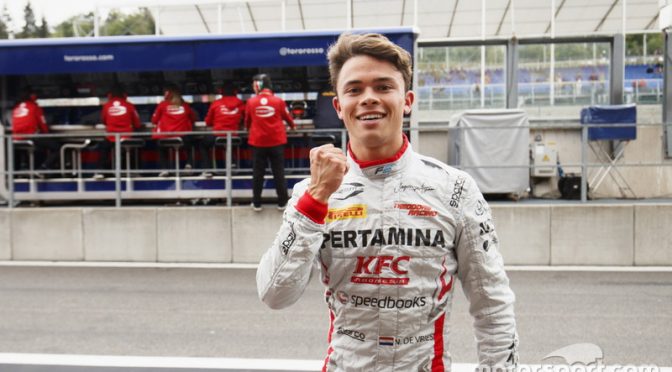 Dutchman sets the pace in Day 1 of first F2 test
Nyck De Vries ended Day 1 of the first 2019 FIA Formula 2 pre-season test at Jerez de la Frontera as the fastest driver. The ART Grand Prix ace set the quickest laptime in both the morning and afternoon sessions to head the timesheets ahead of Nicholas Latifi and Mick Schumacher.
The sun greeted the teams as the pitlane opened on Day 1 of testing. Latifi was the first driver to hit the track for the DAMS team while the rest of the pack followed him closely for their customary installation laps. 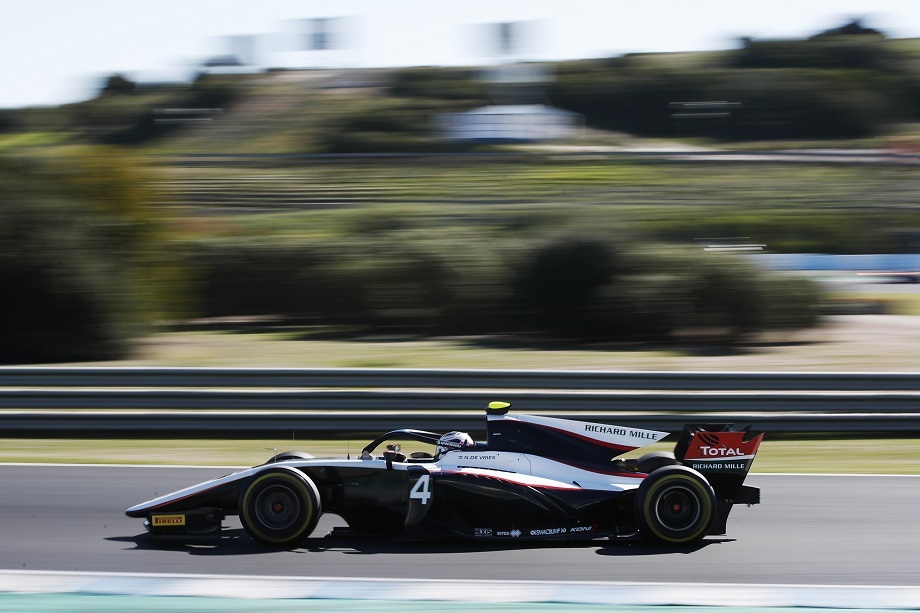 The opening hour was very studious with Schumacher setting up the first laptime, but it was Louis Delétraz who topped the timesheets on the one hour mark in a1:27.779 ahead of Dorian Boccolacci, Nobuharu Matsushita, Schumacher and Sean Gelael.
The session was briefly red flagged after Sergio Sette Camâra spun and stopped at Turn 1 and when the running got back underway, ten drivers had set a laptime. At the midway point, Callum Ilott went quickest in a 1:26.508, but Delétraz reclaimed the top spot with a laptime of a 1:26.217.
De Vries put first position with one hour left in the session: he clocked in a laptime of a 1:26.044 which was good enough to remain at the top of the standings until the chequered flag. Sette Camâra slotted in behind the Dutchman in the dying minutes for second ahead of teammate Latifi. Luca
Ghiotto was fourth quickest ahead of Delétraz, Schumacher, Guanyu Zhou, Boccolacci, Ilott and Gelael.