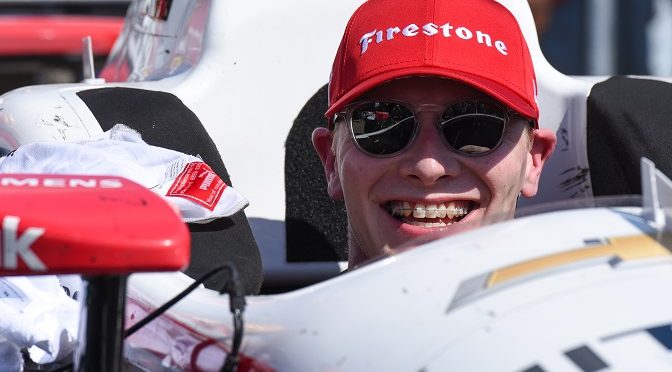 ST. PETERSBURG, Florida (Sunday, March 10, 2019) – When Josef Newgarden ran longer, harder and faster in a middle stint of the Firestone Grand Prix of St. Petersburg, it paid off with victory at the end.

Newgarden kicked off the 2019 NTT IndyCar Series season victorious by 2.8998 seconds over reigning series champion Scott Dixon. It was the 11th triumph of Newgarden’s eight-year NTT IndyCar Series career but first on the 14-turn, 1.8-mile temporary street course that incorporates a runway of Albert Whitted Airport.

“I feel like we executed today,” Newgarden said. “We were very patient in the beginning of the race. We had a right-to-left, different tire strategy again today, and it really paid off. I actually think it’s what helped us create the opportunity.

“We found our footing (in Saturday qualifying) and finished it off right today.” 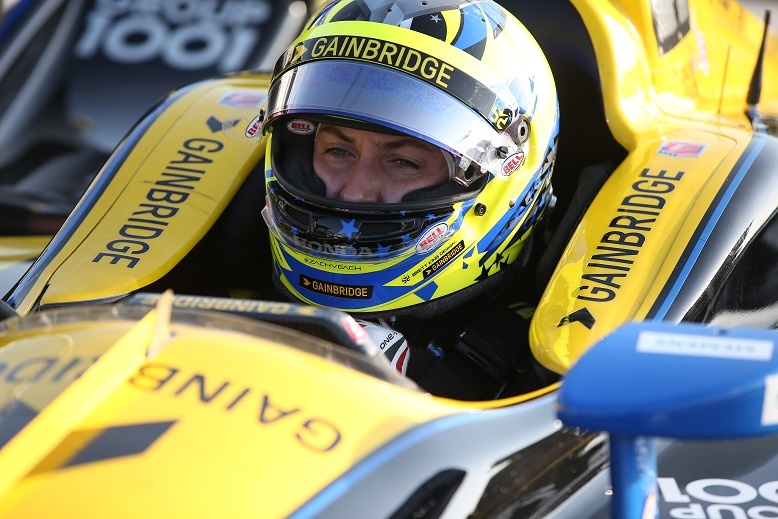 The win by Newgarden extended Team Penske’s run of success at St. Petersburg to nine victories in the event’s 16-race history. It was also the 204th win all time by the Indy car team, most in the sport, and returned Chevrolet atop the podium after the engine supplier went winless on temporary street circuits last season.

Newgarden started the 110-lap race second in the No. 2 Hitachi Team Penske Chevrolet behind teammate and NTT P1 Award pole sitter Will Power in the No. 12 Verizon Team Penske Chevrolet. Content to run in the top three early on, Newgarden made the decisive move by extending his second race stint one to five laps longer than the other frontrunners. It allowed the Tennessean to lay down key quicker laps on an open track, so that when he pitted for fuel and tires on Lap 55, Newgarden returned to the action in first place and on a new set of Firestone alternate tires while his nearest competitors were on the harder primary tires. 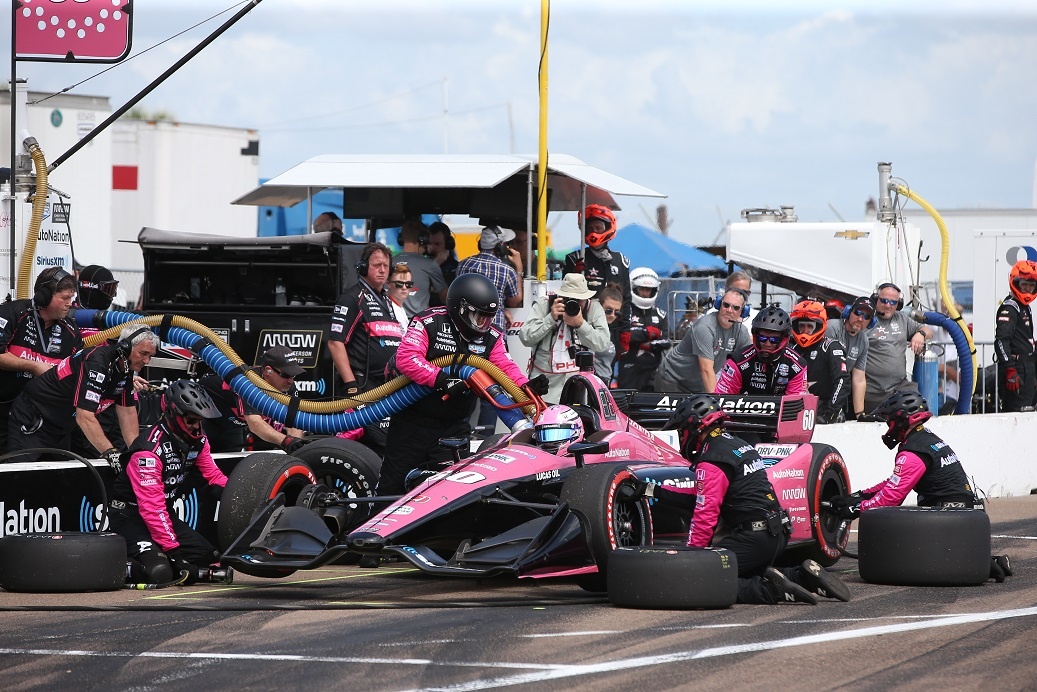 The 2017 NTT IndyCar Series champion led 59 of the final 60 laps, pushing the advantage to more than seven seconds before Dixon trimmed the gap near the finish.

“When we went out on brand new reds (alternate tires), we were able to open up a huge chunk,” Newgarden said. “It was just really good timing and positioning, and once we established that gap, it was about managing it, really. We didn’t have to blow it wide open and we didn’t need to see it shrink too quickly, but we let it seesaw back and forth how it needed to.”

Dixon finished second at St. Pete for the fourth time and has never won the race in 15 tries. The five-time series champion, driving the No. 9 PNC Bank Chip Ganassi Racing Honda, has 41 second-place results in a 19-year career, tying him for second on the all-time race runner-up list with Helio Castroneves. Mario Andretti is first with 56 second-place finishes.

“All in all, a great day for the whole PNC Bank crew,” Dixon said. “Pit stops were phenomenal, great points. Obviously, we were going for a win so we just came one stop short, but congrats to Josef. (He) drove a hell of a race there and great strategy.”