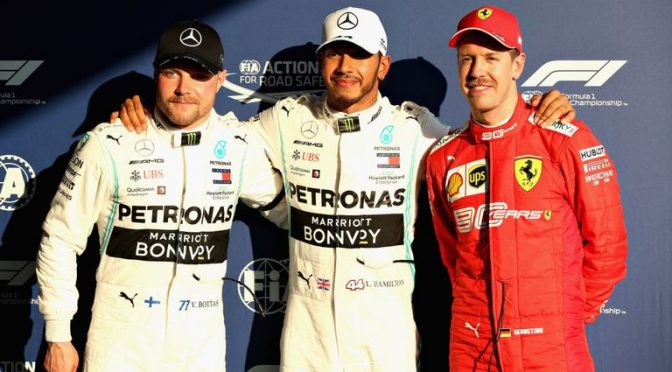 LCH will lead the pack for the season opener after setting a record time of 1.20.486, 0.112 seconds ahead of Mercedes teammate Valtteri Bottas. Ferrari’s Sebastian Vettel finished qualifying a distant third (+0.704), while Max Verstappen was fourth (+0.834).

Hamilton also equaled the record for the most pole positions at a single circuit, making it eight in Melbourne. Only legends Ayrton Senna (Imola) and Michael Schumacher (Suzuka) have claimed eight at one track.

“I didn’t know about that. It is news to me,” Hamilton said when told about his record-equalling effort. 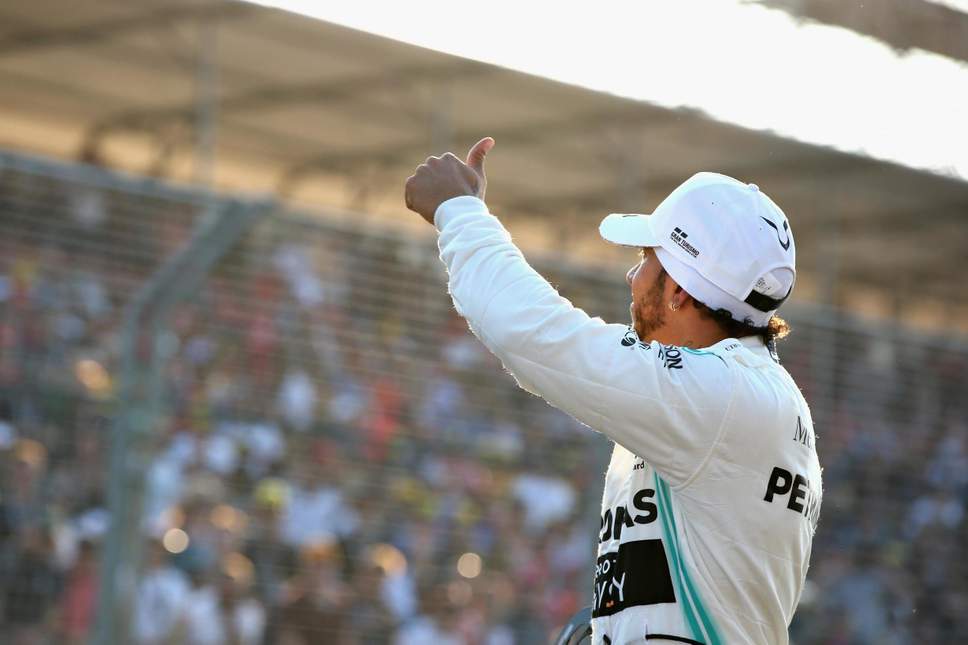 The record wasn’t the only shock for Hamilton. He couldn’t believe Mercedes had made such great strides at Melbourne since Ferrari had dominated recent testing in Spain.

“It’s a real shock. But I know Ferrari will be pushing hard tomorrow and they will put up a good fight,” he said.

Earlier in Q1, Australian hearts were in mouths as Ricciardo languished in the dropzone when the clock ran out.

The Australian flirted with an early exit, but pulled himself out of the bottom five after the buzzer by less than a tenth of a second.

Red Bull new boy Pierre Gasly wasn’t so lucky and was shockingly dumped out in Q1 to make the worst possible start to his life as Ricciardo’s replacement.

Gasly said he was happy with his lap but added: “Clearly the track evolution was big and it was quite a surprise (to be eliminated).”

Kubica was in his first F1 qualifying session since 2010, when his career, and life, were nearly ended by a serious rally crash.

On Saturday, he kissed the wall twice – once in practice and once in qualifying – and ended up on the grass in Q1.

The biggest shock of Q2 was reserved for McLaren youngster Lando Norris, who scraped into the final session on F1 debut.

Kimi Raikkonen was ninth in his new Alfa Romeo.