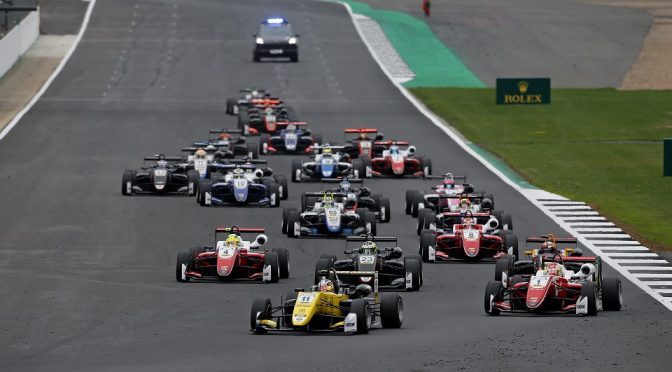 Six weeks prior to the scheduled start into the season, the Formula European Masters organisers ‘Formel 3 Vermarktungs GmbH’ have to announce the cancellation of the young-driver series for the 2019 season. Together with the registered teams, those responsible gave their very best to keep the tradition-rich young-gun series alive. But due to the difficult competitive environment represented by European motor sports, the number of drivers who registered for the Formula European Masters was too small – and the series organisers had to opt for making this bitter decision.

Following this path was difficult for those responsible as they fought hard and intensely for the young-talent category. So, the young drivers contesting the Formula European Masters were supposed to benefit from racing on the professional DTM platform, from having more days of testing than in the past and they were supposed to be granted – as it was the case in the past – valuable super-license points by the World Automobile Association, FIA. In addition, the top three in the Masters would have been invited to the DTM ‘Young Driver Tests’. Furthermore, the champion also would have been rewarded with a test in the Japanese Super Formula.

“This is a really sad day for the European young-driver sport,” said Walter Mertes, Managing Director of the ‘Formel 3 Vermarktungs GmbH’. “In the difficult European competition ennvironment there just aren’t enough drivers for the numerous different series. It takes enormous financial expenditure to compensate for this situation and we could not and did not want to expect this from our teams.”

The Formula European Masters was supposed to make its debut under this name on the international motor-racing stage in the 2019 season, thus continuing a series format for Formula 3 cars for international drivers that had existed for more than 15 years. The tradition was kicked off in 2003 with the Formula 3 Euro Series and from 2013 to 2018, the series was continued as FIA European Formula 3 Championship. In all these years, DTM represented the main stage for the series where the likes of Lewis Hamilton, Sebastian Vettel and Max Verstappen learned the trade for their Formula One careers.