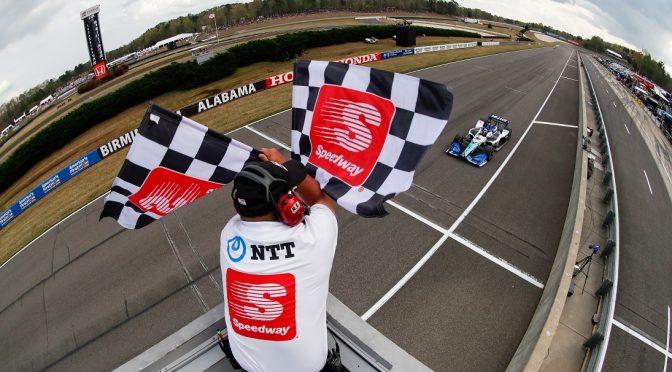 The Rahal Letterman Lanigan Racing driver made Scott Dixon a Barber Motorsports Park bridesmaid for a record sixth time, beating the reigning series champion to the finish line by 2.3874 seconds. It was the fourth win of Sato’s 10-year NTT IndyCar Series career, with the 42-year-old from Tokyo becoming the third different driver – each from a different team – to pull into victory lane in three races this season.

“This is because of the team, they did a fantastic effort,” Sato said. “My car was superb! (On alternate) red tires, (primary) black tires, I didn’t have to worry about it. 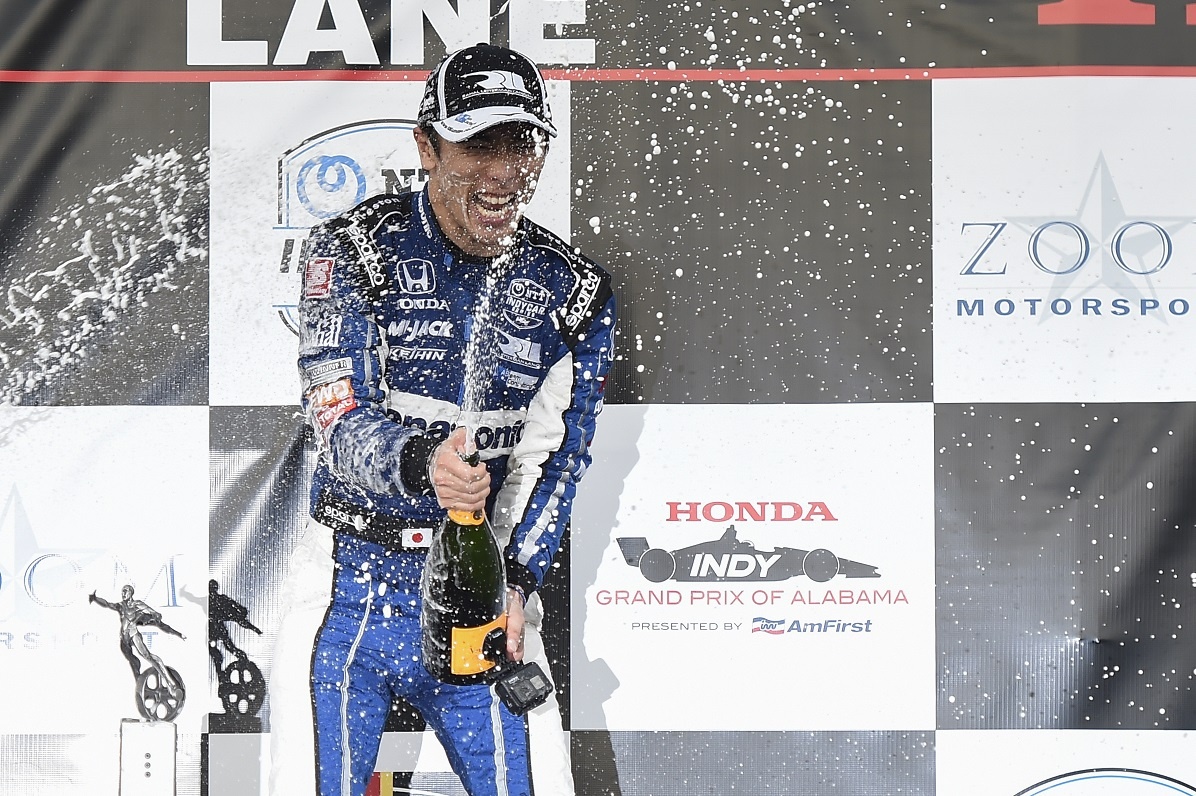 “It’s probably the cleanest race I ever won. … I think we come here with the hopes, always do, but honestly never really, really expected to be this much of a domination.”

Starting from pole position after winning the NTT P1 Award the day before, Sato led 74 of 90 laps on the 17-turn, 2.3-mile permanent road course that hosted the NTT IndyCar Series for a 10th straight year. Track officials announced a healthy three-day weekend attendance of 82,889.

About the only time Sato turned a wheel wrong came with five laps to go, when his No. 30 Mi-Jack/Panasonic Honda went wide in Turn 8, going airborne briefly as it rattled through the grass. His car undamaged from the off-track excursion, Sato gathered himself and kept Dixon at bay to the checkered flag. 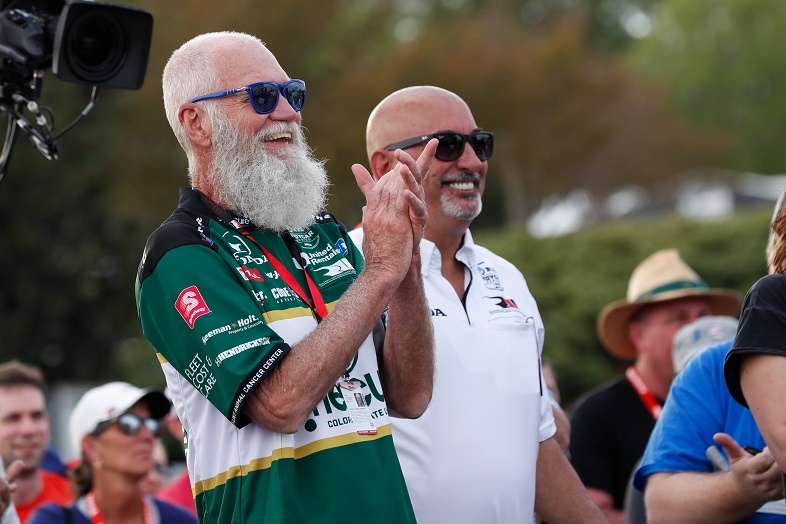 “Outside, (it) probably looked easy winning from the cruising and the pole position, but it wasn’t really cruising,” said Sato, the 2017 Indianapolis 500 winner. “So I was really pushing hard using push-to-pass on everything the last 10 laps. So it was tough, and I had a little moment into Turn 8.

“Anyway, it was not necessary to give the little bit sort of heart attack to the body.”

The win was the 27th for Rahal Letterman Lanigan Racing in its 27th year as an Indy car team. Co-owners Bobby Rahal, the three-time Indy car champion and 1986 Indy 500 winner, and David Letterman, the iconic late-night talk-show host, were on hand and overjoyed with the result.

“I’m really pleased for Takuma, he drove beautifully,” Rahal said. “The team did a fabulous job, pit stops were great, strategy was great. But I honestly think Takuma was in a league of his own.”

Dixon was thwarted again in his effort to win at Barber, finishing on the podium at the track for the eighth time. Still, the result was the 42nd second-place finish of his 19-year career, moving Dixon ahead of Helio Castroneves and alone behind only Mario Andretti’s 56 career runner-up finishes.