The WRC heads to Argentina for round five, only the second on gravel after Mexico, where the Citroën Total World Rally Team crews Sébastien Ogier – Julien Ingrassia and Esapekka Lappi – Janne Ferm will once again enjoy the huge, passionate crowds typically found in Latin America. Both crews will be determined to show the same speed they had a month and a half ago on the roads around León and maintain their run of podium finishes. 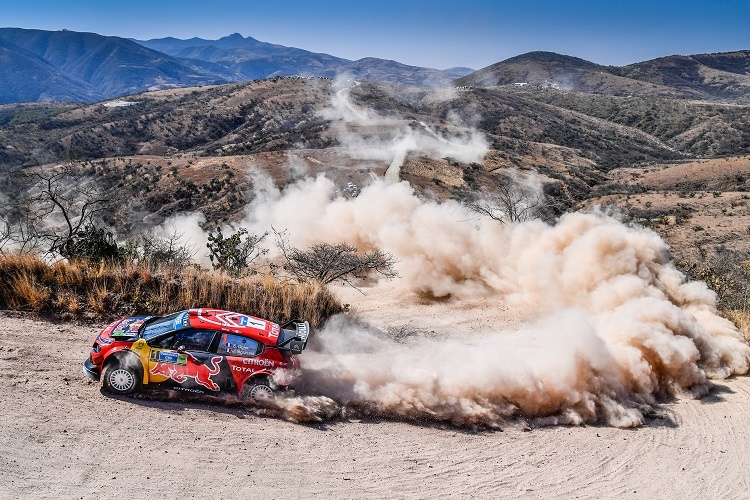 Winners in Mexico on the only gravel event held so far in 2019, Sébastien Ogier and Julien Ingrassia find themselves back on the surface on which the majority of the championship is contested with the firm intention of confirming their pace with the C3 WRC on dirt roads. With seven stage wins, including the Power Stage, in Central America last month, they had produced a very high performance level. It is therefore no surprise that they come into this round with high hopes, although this gravel event differs somewhat from Rally Mexico.

The French pair has finished on the podium four times in nine appearances at this rally, which rewards those who know the roads well. They will also be able to count on the experience of the Citroën Total World Rally Team, which has already won in Argentina ten times. Whereas in the past they have often been first to tackle these stages, where grip levels tend to increase as more cars complete, this time they will be running second on the road, meaning they will enjoy slightly better grip conditions.

Meanwhile, Esapekka Lappi and Janne Ferm will be sixth in the running order. Although they don’t have as much knowledge as their team-mates of this rally, this being only their second appearance here, the fact they will be tackling cleaner roads may help them to make up partly for their lack of experience. In any case, the feeling at the end of the Mexican round and the stage times set in Central America suggest that the Finnish duo will be looking to confirm their growing confidence on this, their second gravel event in the C3 WRC.

In the meantime, Esapekka and Janne got some additional miles under their belt on this surface, as did Sébastien and Julien, as part of a four-day pre-event test held recently in Portugal, each crew spending two days in the car.