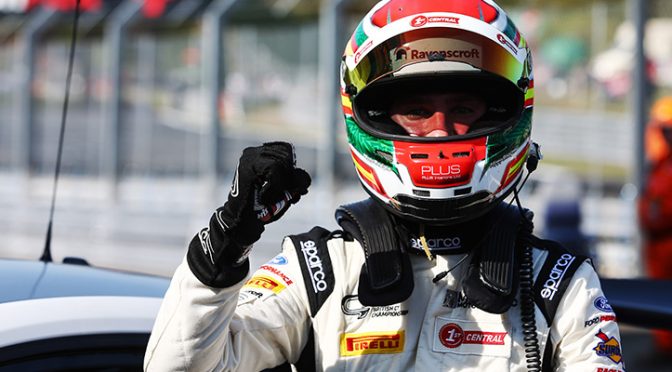 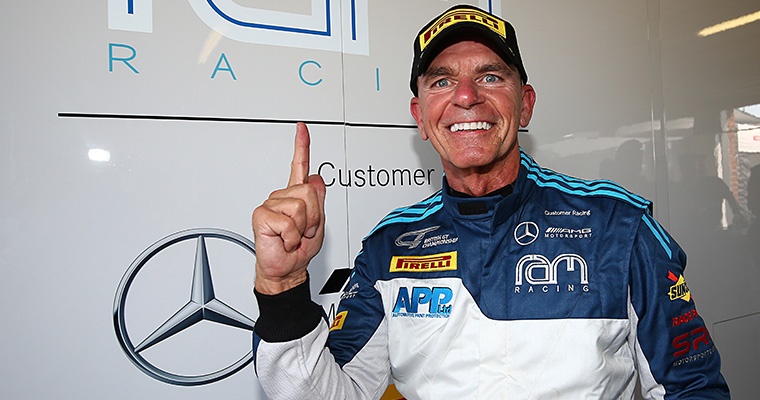 RAM Racing’s Mercedes-AMG had looked fast in practice and Loggie converted that potential into a maiden British GT pole position during the first of today’s 10-minute qualifying sessions.

Team Parker Racing’s Ryan Ratcliffe made the early running but couldn’t respond to any of the three laps that were good enough for Loggie to seal pole. His best – set on the final tour – of 1m35.061s was ultimately sufficient to topple the Bentley driver by 0.597s.

Barwell’s Sam De Haan was just 0.041s behind after beating JRM’s Rick Parfitt Jnr to third by less than a tenth in the closing stages, while Dominic Paul was fastest of Century’s BMW continent in fifth.

The second Barwell Lamborghini completed the top-six courtesy of Adam Balon, who was just 0.006s behind Paul but another 0.3s clear of Adrian Willmott. Mark Farmer ended up fastest of the Aston Martin drivers in eighth. 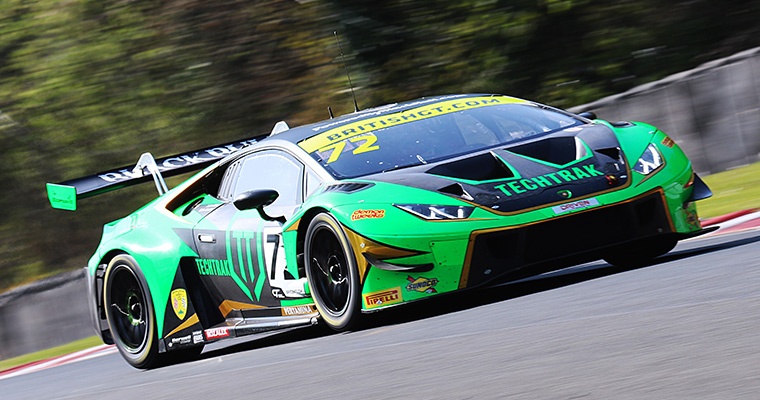 Phil Keen has always enjoyed Oulton. Three wins from the last four races attests to that. And Barwell’s Lamborghini factory ace put himself and co-driver Adam Balon in prime position to add to the tally by claiming pole position for Monday’s second 60-minute encounter.

Adam Christodoulou held the initial advantage thanks to Callum Macleod’s first flying lap being discounted for a track limits infringement. However, none of that mattered once Keen joined the party, his 1m33.541s comfortably good enough to secure top spot by 0.496s from Macleod, whose second lap vaulted RAM Racing’s Mercedes-AMG up to second. 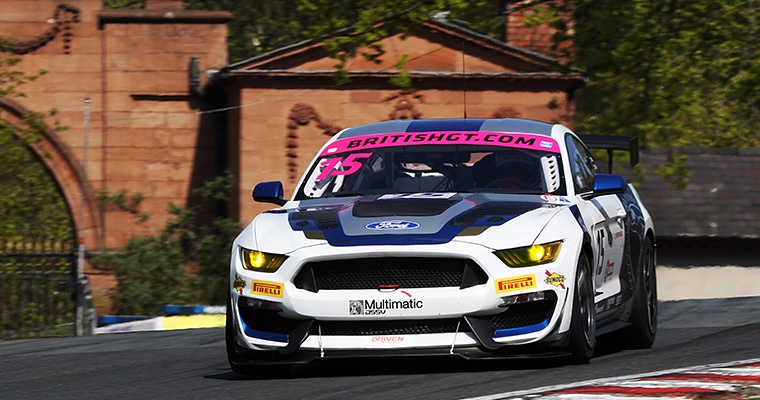 Multimatic’s only previous British GT appearance came in 2007, while the Mustang makes its championship debut this weekend. However, the team – best known for its FIA WEC exploits with Ford – showed its class by claiming GT4 pole positions for both races.

Its #15 and #19 entries both start up front on Monday morning when Scott Maxwell leads away team-mate Jade Buford. The pair enjoyed a personal battle for pole throughout the first 10-minute session as the advantage swung this way and that. The Canadian ultimately triumphed, but only by 0.103s from his North American counterpart.

HHC’s McLarens start line astern behind after Dean Macdonald overcame Tom Jackson. The Scot finished 0.3s shy of pole and less than two tenths ahead of his team-mate. A 570S also occupies fifth courtesy of Tolman Motorsport’s Jordan Collard, who was less than 0.1s clear of TF Sport’s Patrick Kibble in the first of the Aston Martins.