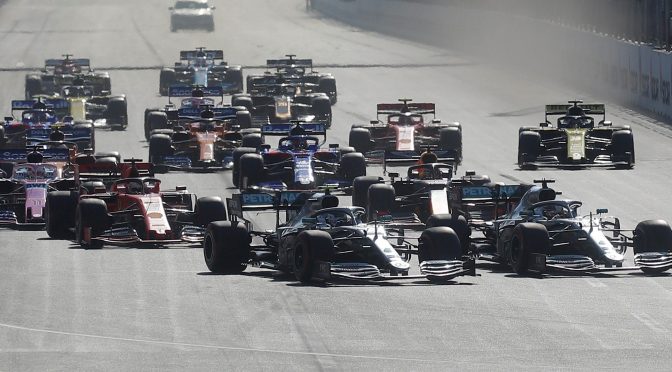 MERCEDES MAKE IT FOUR IN A ROW

Bottas held off LCH to win in Azerbaijan and take the lead of the Formula One world championship. Bottas started from pole position and kept Hamilton at bay as the Mercedes duo went wheel-to-wheel through the opening three turns.

Hamilton attempted a late charge for victory, but Bottas had enough in his pocket to take the chequered flag and move one point clear of the Brit in the title standings.

Sebastian Vettel finished third for Ferrari. Charles Leclerc started eighth after he crashed out of qualifying and the Ferrari junior, on a different strategy to the front runners, fought his way back through the field following a fast start, and actually led a large chunk of the race. 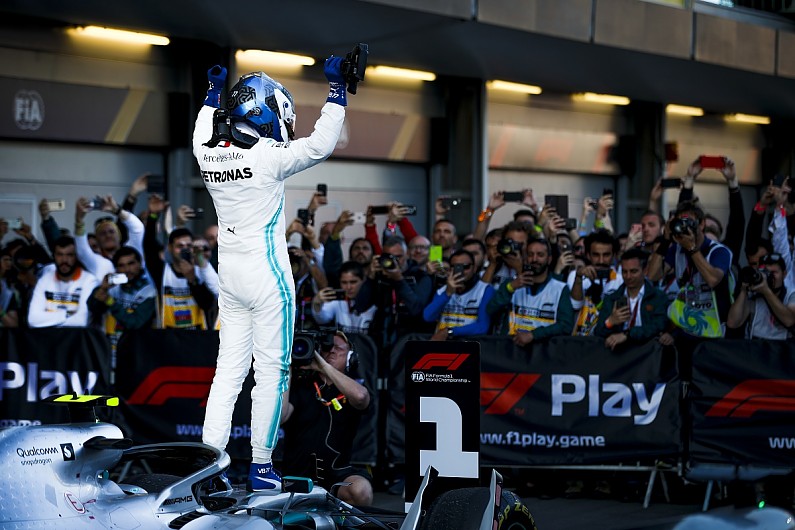 But on ageing rubber he began to slow, and by the time he was hauled in for a change of tyres, he had fallen to sixth.

The young Monegasque claimed one position back to take fifth, but he will depart Baku wondering what might have been had it not been for his qualifying blunder. Red Bull’s Max Verstappen crossed the line in fourth.

The race on the streets of Azerbaijan’s capital city has been one of the sport’s highlights in recent seasons but Sunday’s event failed to live up to its pre-race hype.

Bottas will not mind, though. The Finn failed to win once last year but now has two victories from the opening four rounds. Mercedes will care little that the race was a dud, too. The Silver Arrows secured their fourth one-two from as many races. So much for a Ferrari revival.