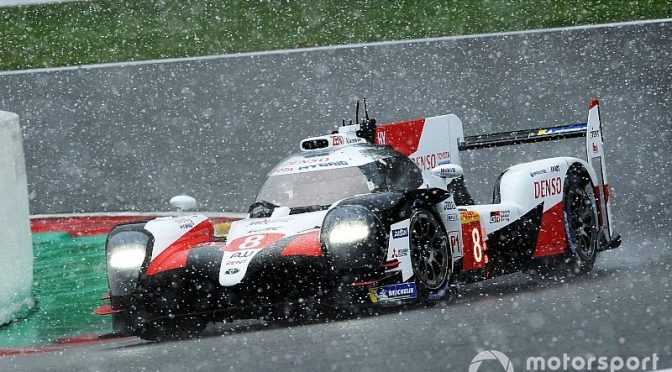 FERNANDO ALONSO, SEBASTIEN BUEMI AND KAZUKI NAKAJIMA WIN AT SPA-FRANCORCHAMP IN THE SNOW!

“It was not an easy race. At the beginning, we were watching Sebastien [Buemi], and we were trying to do the best job we could on tyre selection and trying to be in the race.

“Unfortunately we had a couple of issues at the pit stops and had to come in on the Safety Car for a quick splash and things like that. The race was up and down in terms of emotions and in terms of how competitive we looked, and the most important thing probably today was securing the title [LMP1 World Endurance Championship] and I’m extremely happy for Toyota Gazoo Racing that we secured enough points to become World Champion. A massive well done to everyone in the team!

“It’s been an amazing Super Season so far for all of us, and hopefully in Le Mans we can end on a high.”

“I think we opted for a very good set-up in different conditions. The car behaved quite well in all of them.

“I was pretty confident with the car, with the situation, what was going on at the time on the track and we also made the right calls during my stints. The team did a great job – the mechanics and the engineers too. We’ve had no problems throughout the weekend and it was really clean.

“We’ve deserved this – we’ve been pushing and pushing over the last four races. We’re fighting still, and I’m looking forward to Le Mans.”